In a week when the country is celebrating National Children’s Day, reports have emerged of continued widespread school bullying across the country.

The reports are based on a recent survey by the Network of Legal Advocates for Children and Youth. They found the problem has intensified and demands serious attention. The situation has even worsened from 2018 when a Department of Mental Health survey found Thailand had the second-highest levels of school bullying in the world, with 600,000 students reporting being victimised.

According to the survey, released last week at a forum organised by the Thai Health Promotion Foundation, 92% of schoolchildren report being subjected to physical or psychological abuse by their peers, while 13% have become clinically depressed as a result.

The survey, involving more than 1,000 students from 15 schools nationwide aged 10-15, found 92% reported being bullied by their peers at least once. Of them, 35% said they had been bullied at least twice a semester, while 25% said they endured bullying at least three or four times a week. The methods of bullying ranged from physical and verbal to online abuse, with 62% saying they had been hit on the head by their peers, 43% reporting that bullies had made fun of their parents’ names, and 42% saying they had been humiliated by being called rude names. Nearly 30% of the respondents said they had experienced some form of harassment or abuse on social media.

The survey, conducted to raise awareness of school bullying, also found that 26% of the victims had suffered symptoms of stress, 18% had problems concentrating, 16% did not want to go to school, 15% had become introverts and 13% were depressed.

The issue recently came back into the spotlight when unnoticed abuse resulted in a tragedy when a 13-year-old victim used his father’s gun to shoot and kill a classmate he alleged had been bullying him for a long time.

Renewed cooperation between teachers and families is needed to tackle the issue at its roots while more efforts should be made to raise awareness among those concerned, particularly children themselves, that bullying or abuse in any form is not acceptable.

It’s also important that adults dealing with such cases should no longer dismiss bullying behaviour as “child’s play” or “joking around”, an attitude frequently taken by grown-ups who fail to realise that bullying cultivates violence across society as a whole. Equally, they must also be aware also that punishment alone may not necessarily always be the best way to resolve a situation.

According to adolescent medicine specialist Jiraporn Arunakul from Ramathibodi Hospital, bullying doesn’t just affect the victims, it also affects the perpetrators themselves. According to studies, she said, one in eight bullies grow up to become criminals in adulthood. She said the most effective solutions to this epidemic all begin at home. Parents must learn to speak to their children about their lives and what is going on in school, as well as any issues they may be having on social media.

At the same time, they must lead by example and refrain from teasing their children about their insecurities, as well as teaching them to value empathy, accept diversity and respect those whose circumstances are different from their own. Several cases have suggested that children with special needs like autism or those with Down syndrome can be convenient victims.

Ticha Na Nakorn, director of Baan Kanchanapisek, a centre for troubled boys, makes a solid point when she says the biggest challenge is to identify the problem as early as possible. Many instances, such as the case of the 13-year-old schoolboy who felt the need to take a gun to school, take place without being noticed until it’s too late. Her call for a public campaign that allows the public to report cases of bullying around them merits support.

The Education Ministry must take the problem seriously and promote a culture of safety both at school and in the home while committing to create inclusive and supportive learning environments. It should also provide training and support for teachers and other school staff, so they can work with all stakeholders to develop child-friendly reporting mechanisms and support services.

Such efforts are the key to making sure future generations of students grow up to be socially aware, considerate members of society. 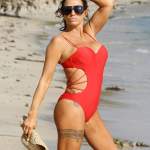 Mark KellyJanuary 28, 2020
Foreign tourists whose travel plans are disrupted by the coronavirus outbreak will not be fined...
END_OF_DOCUMENT_TOKEN_TO_BE_REPLACED