In Germany’s Bundesliga Schalke 04 are in 14th place with 23 points from 22 games. Last season they finished in second place 21 points behind runaway champions Bayern Munich. In those 22 league games, they’ve scored 25 goals. Manchester City have scored 50 since Christmas day and are showing no mercy to whoever they face in all competitions. For this reason they a big favourites to win this game at 3/10. Schalke are 9/1.

John Stones, groin, and Gabriel Jesus, hamstring, haven’t made the trip from the squad that played against Newport County on Saturday. Vincent Kompany has travelled and is in contention for a place, but Claudio Bravo and Benjamin Mendy are not ready. Fabian Delph was also left behind in Manchester.

Omar Mascarell will miss the game through suspension while Breel Embolo and Steven Skrzybski are both short of fitness and Alessandro Schopf a long-term absentee. Under pressure boss, Domenico Tedesco 33 from Rossano, Italy, knows his team are underdogs and will need a perfect game to get anything out of this.

Between 2014/16 Sané played 47 times for Schalke scoring 11 goals. In August 2016 he signed for City. The fee a reported £37 million plus another possible £9.5 in performance add-ons. Sané, who opened the scoring against Newport, has eight Premier League goals and 11 assists this season and has completed 90 minutes 10 times. If he plays tonight, he will be keen to show the home fans what they are missing as well as the rest of Germany after being left out of the 2018 World Cup squad.

It`s difficult to ignore City, given their current form, but Schalke will be looking to put on a tactical master class as Rafael Benítez’s Newcastle United managed when they beat City 2-1 at the end of January. Sané could be among the goals. 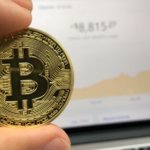