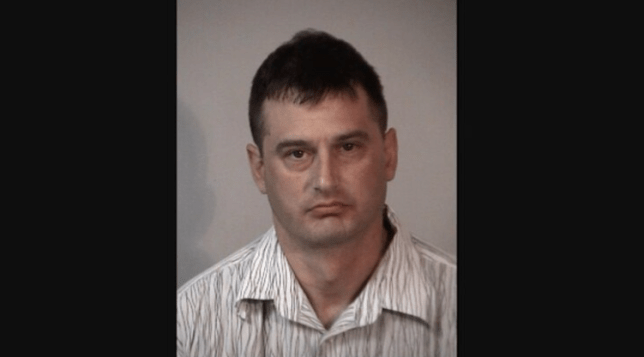 A married sailor laughed as he raped a terrified woman – then gave the victim a sarcastic ‘thank you’ as he got dressed afterwards.

Andrew Black, 39, admitted the April 2019 sex attack last Thursday, which took place after the Hospital Corpsman 3rd Class offered the woman a ride home after they met mutual friends at a restaurant in Dalhgren, Virginia.

The victim was waiting for her grandmother to pick her up after a shift, but one of her friends who also knew Black suggested he take her home instead.

They stopped at a restaurant en route, where Black and his victim discussed the woman’s boyfriend, while he showed her photos of his wife and family.

They then drove back to her house and smoked a cigarette, with the victim thanking Black and going inside to undress.

She was putting on her pajamas when she heard her front door opening, and saw Black. The woman asked if he needed to use the bathroom, only for him to lunge at her and attack her.

She tried fighting back, only for Black to laugh, hit her and call her a rude name.

Black then dragged her by her hair to her bedroom and raped her, before shoving her to the floor so she hit her head off a wall.

The sex attack then continued, The Free Lance-Star reported.

Afterwards, Black, who worked at the nearby Naval Support Facility Dahlgren, began to get dressed and said the sarcastic ‘thanks’, then left his victim lying on the floor in pain.

She showered and told her boyfriend what had happened.

He encouraged the traumatized victim to report the assault, and took her to the hospital for a medical examination. Black was arrested, and denied raping the woman.

Police were able to recover a sample of his DNA. They also found Black’s blood in the woman’s bedroom, despite him insisting he hadn’t been inside it.

Black struck a plea deal which saw six other charges he was facing dropped.

He will be sentenced in July, and faces seven years to life behind bars. 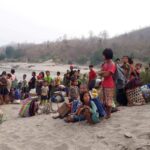 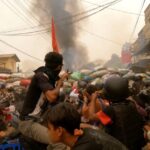