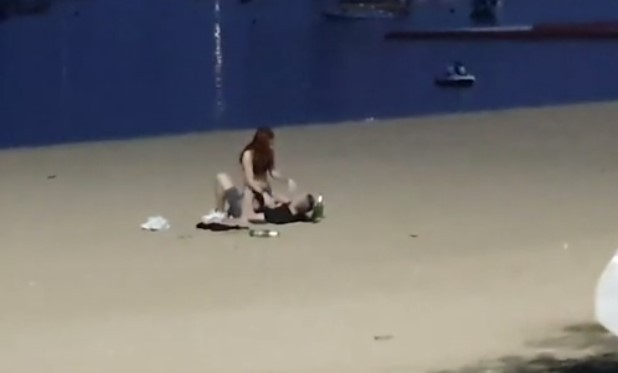 A Russian couple made a groveling apology after they were caught having sex on a public beach in Pattaya, Thailand.

The tourists, aged 26 and 19, had been celebrating New Year’s Eve when they left a bar and went to relax by the sea in the popular beach town.

The pair drank bottles of beer before they were ‘overcome with arousal’ and began romping on the sand.

Video taken by an astonished onlooker shows the 19-year-old woman straddling her partner before she removed her denim hot pants and unbuttoned her boyfriend’s jeans.

The man then mounted her and they made love for around 30 seconds before finishing and going back to their hotel. (scoll down for video)

Police were given footage of the beach romp – the second in under a week – and immediately assigned the region’s top cop and five others to catch the couple.

Speaking at a press conference, Police Lieutenant Colonel Piyapong Ensarn said: ‘Such an act destroys the good image of Pattaya as a tourist resort. Officers were immediately dispatched to the beach to look for clues.’

The couple were identified on CCTV and cops used the camera to follow their footsteps to a nearby hotel.

They were both arrested and questioned on suspicion of public indecency.

Footage shows the pair, both wearing surgical masks to hide their faces, making a groveling apology and following local customs by clasping their hands in a prayer motion.

Roman said: ‘I apologize for offending citizens and harming the reputation of the city. We’re sorry.’

He added: ‘Both tourists confessed to be the people in the video clip. Before the incident, both of them traveled to celebrate the New Year. They left a bar on Walking Street then continued to sit on the beach drinking alcohol.

‘They said they felt sexual arousal and because they were intoxicated, lost the awareness of where they were and started to have sex.

‘A good citizen saw them and shot a video which he gave to us to follow and make an arrest.’

A few nights earlier on December 28, another couple were seen having sex on the same stretch of beach but police were unable to find them. 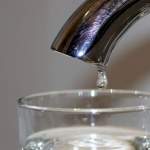 Government spokeswoman advises to not drink the salty tap water