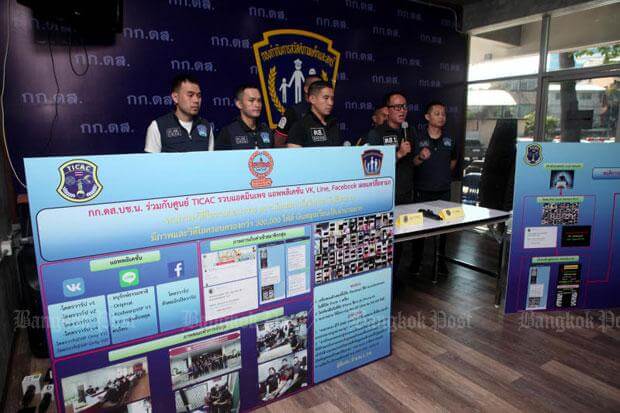 Police have arrested a 17-year-old computer student in Bangkok for allegedly running creeper pornographic websites and social media accounts from which he allegedly made half a million baht in three months.

Pol Col Jirakrit Jarunpat, commander of police’s women and children welfare division,
said on Thursday that the third-year university student was arrested at his house on
Khian Niwat Alley in Phra Nakhon district on Tuesday.

There, police seized a desktop computer and a mobile phone with 300,000 pornographic files of girls and women, totalling 860 gigabytes.

Some of the content was shared free of charge while the rest was shared with paying members, who were charged 300-800 baht each, the commander said. “The suspect confessed that he acted alone.

The suspect used his computer-related knowledge to do the illicit business and in three
months made about 500,000 baht which he spent on luxury-brand products, Pol Col
Jirakrit said.

Norwegian fell from a 4 story building undiscovered for hours.