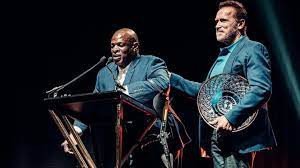 Coleman was recognized for his dominance in bodybuilding and incredible legacy.

Four athletes in four divisions earned top honors at the 2021 Arnold Classic, but another special award was given on the evening of Sept. 25, 2021.

After a video played, Arnold Schwarzenegger introduced Coleman to the crowd. Between the two of them, they hold 15 Mr. Olympia titles.

After a standing ovation, Coleman spoke about his commitment to bodybuilding and the support he had from his family.

“I had seen Arnold give this award to other people over the years, and I thought to myself, ‘I’m going to get that someday,’ and here I am,” Coleman said in his acceptance speech.

After mentioning his late mother, Coleman appeared overcome with emotion. The crowd erupted into a standing ovation, with “Ronnie, Ronnie” chants filling the Batelle Grand ballroom. A few brief moments passed, and “The King” was able to collect himself.

“This is one of the greatest honors of my life,” Coleman says. “Mama, I got the Lifetime Achievement Award.” Coleman then promptly left the stage. Later, he shared an image of himself with Schwarzenegger and the award in an Instagram post.

“Yeah, buddy, finally the Lifetime Achievement Award. You guys see Arnold giving it to me. Yes, it’s one of the greatest achievements in my life,” Coleman wrote in his Instagram post. “The greatest show on earth from the greatest bodybuilder on earth.”

Schwarzenegger shared his thoughts on social media: “I love Ronnie Coleman, and I was so proud to give him this year’s lifetime achievement award. A great champion, a wonderful evangelist for bodybuilding, and a fantastic human.”

Coleman was a college football player for Grambling State University in Louisiana. After graduating with a degree in accounting, Coleman went on to work as a police officer while training in powerlifting.

After being convinced to train bodybuilding, Coleman won the Amateur World Championship in 1991. He would earn his first pro victory in 1995 by the IFBB Canada Cup.

At the time, Coleman was recognized as a formidable bodybuilder. However, no one thought he’d capture an Olympia title, let alone eight titles.

In 1998, Coleman, who placed ninth in the Olympia the year prior, stepped on stage sporting a combination of mass and conditioning that challenged people’s perception of what was possible.

He managed to upset Flex Wheeler, who many thought would be one of the most dominant champions ever. (Wheeler is still considered one of the greatest bodybuilders to never win an Olympia.)

That win sparked a run of eight straight years as Mr. Olympia, with Coleman’s reign lasting from 1998 to 2005. Coleman’s package (bodybuilding speak for how he looked on stage) in 2003 is thought to be his best look ever — he took the stage that year weighing 287 pounds.

Ultimately, Coleman has won 26 pro titles throughout his career, including the 2001 Arnold Classic title. Jay Cutler managed to take the Olympia title from Coleman in 2006, and he retired the following year.

In 2016, Coleman was inducted into the International Sports Hall of Fame. Two years later, the documentary Ronnie Coleman, The King was released on Netflix. He currently runs a supplement line, the “Ronnie Coleman Signature Series”.

Since retiring from the sport in 2007, Coleman has undergone numerous surgeries on his back, hips, and neck. He’s spoken out about his injuries in the  Netflix documentary and on episode 1,489 of the Joe Rogan Experience.

Those lifts are punctuated by his now-famous catchphrases, “Yeah, buddy,” “Ain’t nothing but a peanut,” and “light weight, baby!” 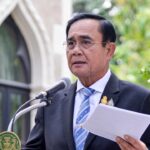