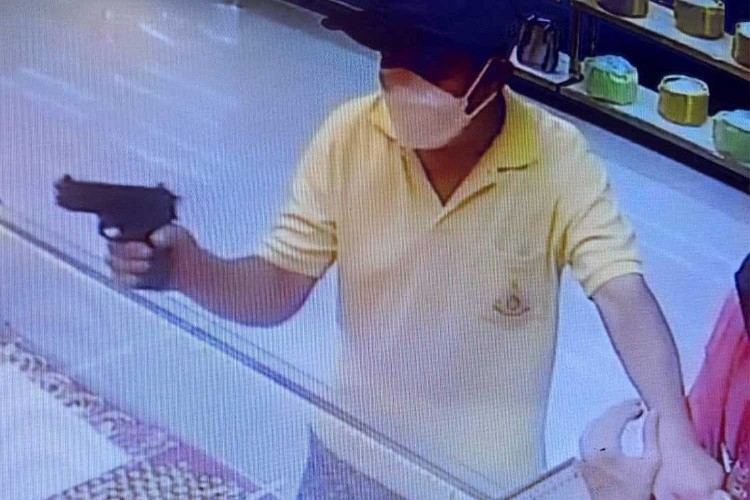 A lone robber held up a gold shop in a Tesco Lotus shopping mall in Thayaburi district of Pathum Thani and made off with gold necklaces worth about 450,000 baht on Thursday morning

The robbery occurred at Yaowarat Krungthep Gold shop Lotus Khlong 7 branch, inside the shopping mall in tambom Lam Phakkood, around 10.30am, police said .

A Gold shop employee Watcharapong Natenin told police there were five staff working, four women and one man, at the time. Mr Watcharapong said he was standing in front of the shop.

A man wearing a face mask pulled out a gun and grabbed his hand, and then pounded the gun on the counter.

Mr Watcharapong said the robber pulled him along by the hand, as if he wanted to hold him hostage, but released him outside a mobile phone shop in the mall before fleeing.

Police arriving at the scene radioed other officers to intercept the robber along his escape route. They also examined security camera footage of the holdup.

The robber fled on a motorcycle along the Rangsit-Nakhon Nayok route. The police manhunt was continuing.

A lone robber threatens staff with a gun, at Yaowarat Krungthep Gold shop in a Tesco Lotus shopping mall in Pathum Thani, during the holdup on Thursday morning. (Photo: Krisana Rojana rescue Facebook) 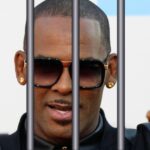 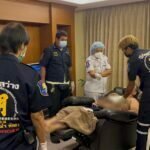