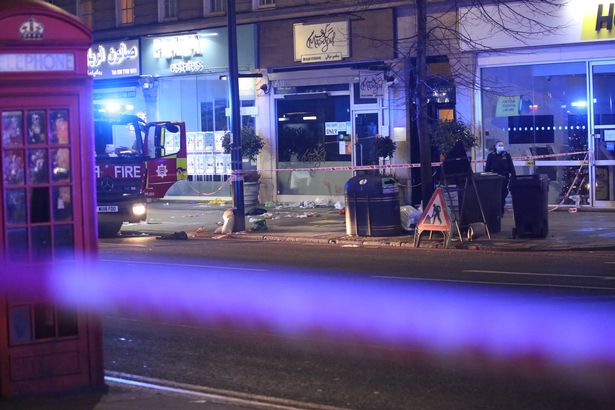 Two males have been taken to a major trauma centre and a female to hospital following a stabbing in Edgware Road, central London – with all emergency services at the scene

Three people have been rushed to hospital following a stabbing in central London, minutes into the New Year.

London Ambulance Service responded to reports in Edgware Road at 12.34am, with two men subsequently taken to a major trauma centre and a female to hospital, a spokesperson said.

Police, firefighters and ambulance crews are all at the scene near the junction with Seymour Street, with traffic blocked off in both directions.

Footage shows at least three Metropolitan Police vans, alongside two ambulances and a fire engine, with up to a dozen firefighters and police officers present following the incident near Marble Arch.

A handful of pedestrians have also gathered, and waiting buses can be seen behind the nearby box junction.

Police tape is blocking off sections of pavement on both sides of the road.

Businesses within the cordon include Maroush takeaway and DGTAL House.

Police have confirmed a Section 60 dispersal order has been issued until later in the morning following a stabbing but have yet to provide comment.

The Met’s Westminster policing team tweeted: “A Section 60 has been authorised from 0117 hours until 0600 hours by Insp HUGHES. The authority is for North Westminster. This is due to a stabbing that occurred on Edgware Road.”

A London Ambulance spokesperson said: “We sent a number of resources to the scene including an incident response officer, an advanced paramedic, three ambulance crews and an advanced trauma team car from London’s Air Ambulance.

“We treated three people at the scene: two males and one female. We took both males to a major trauma centre and the female patient to hospital.” 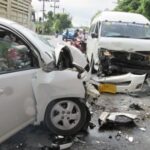 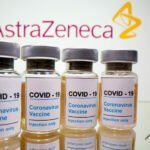