Home » Road Rage: Thai man threatens fellow driver with a knife because he hooted him 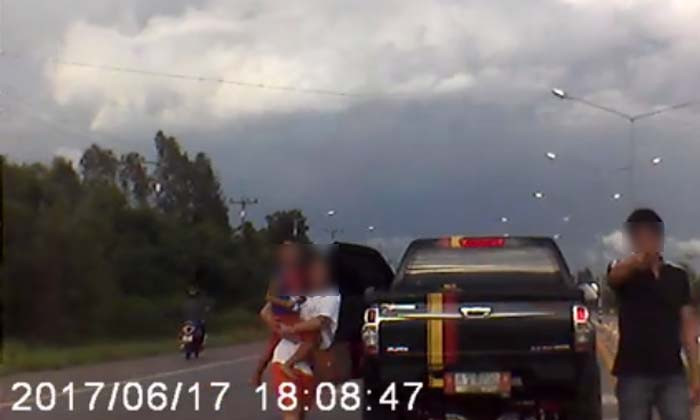 Thai social media was yet again sent into meltdown after pics that emerged of a road rage incident involving a knife were shared online.

The pics of the incident show dash cam footage from a journey undertaken by “Nirun Navas” heading towards Sakon Nakorn, early on Saturday evening.

Initial reports are suggesting that the driver beeps his horn at a man in a black pick-up who was driving erratically and veering dangerously to the right.

Obviously not happy by the sound of the horn, the driver of the black pick up forces the other man to pull up in the right hand lane by stopping right in front of him.

He then gets out with a knife pointing it at the driver behind in a threatening manner. He has his wife and son beside him as he brandishes the knife.

The dash cam car is reversed to avoid confrontation while the knife man gets back in the cab with his family and drives off.

The poster of the clip asked for Phang Khon police to take note while condemnation was rife on Facebook with most of the public demanding the knife man’s arrest.

Police are now looking into the footage before making any decision on how to proceed with the case. 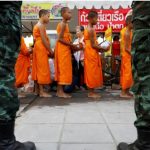 Thai temples may be forced to declare finances 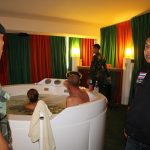 Caught in the middle of the act…The oral act!