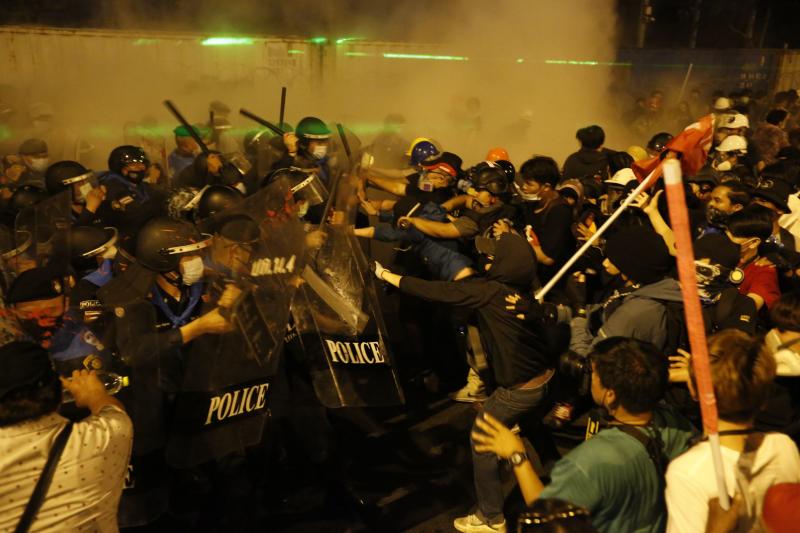 A confrontation between police and pro-democracy protesters turned ugly on Sunday, with several injuries and arrests following a protest in front of the 1st Infantry Regiment barracks, King’s Guard.

About 1,500 young protesters under of the REDEM (Restart Democracy) banner, began converging at Victory Monument at 3pm before marching to the 1st Infantry Regiment barracks, King’s Guard, on Vibhavadi Rangsit Road, where Prime Minister Prayut Chan-o-cha’s residence is located, according to the Special Branch Bureau.

REDEM is the latest reincarnation of the Free Youth group that had rallied against the government and campaigned for monarchy reform.

Over 2,000 anti-riot officers from the Metropolitan Police Bureau were deployed to counter, and barricades were set up to block protesters from approaching the prime minister’s residence.

The situation took a turn for the worse about 6.30pm when the protesters clashed with the police.

Police deploying tear gas and water cannons against the protesters, who continued to throw objects at the officers.

Police officers shot rubber bullets at the protesters during the clash.

As of press time, the police had not come out with an explanation on the use of rubber bullets on protesters, although sources close to the matter said an official briefing can be expected today.

The deputy MPB chief added that the protests have become more violent with some of the protesters carrying weapons and vandalising government properties, referring to the rallies in front of Parliament House and Kiak Kai Junction. 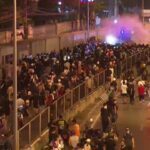 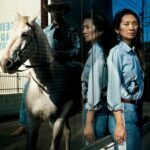