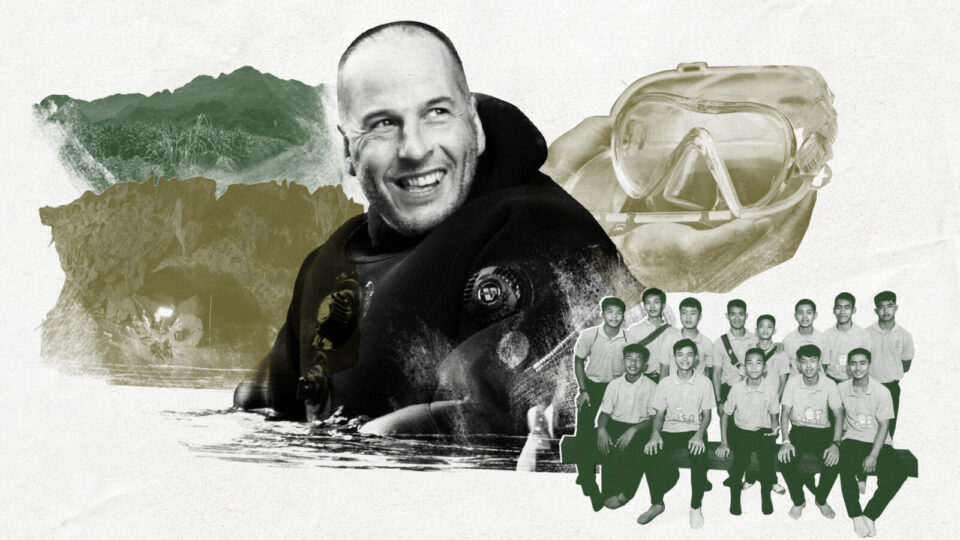 Not everyone is a football fan, but very rarely do you encounter somebody who is so repulsed by the beautiful game that they would describe it as “abhorrent.” But that’s how Rick Stanton used to feel.

At school in the 1960s and 70s, he says he could swim and run, but any time a ball came towards him, he recalls a sense of “complete panic.”And there can be no misunderstanding his stance on the matter.

“I just didn’t get it at all. Not interested,” he told CNN, as he remembered lunchtimes sitting well away from the action “with the uncool kids who didn’t kick balls around.”

He jokes that he’s only heard of English Premier League football teams because they’re named after British cities, and he’ll find himself consoling friends whose teams have lost a game with a dispassionate: “Never mind, there’ll be another match next week.”

The way he describes himself, totally lacking in eye-hand coordination, it doesn’t sound like anybody would have ever wanted him on their team, until one day, many decades later, Stanton finally got the call.

This was a football team that didn’t just want him, they needed him.

When the Wild Boars youth team was missing in Thailand, it was a desperate matter of life and death, and one that the world followed with bated breath. 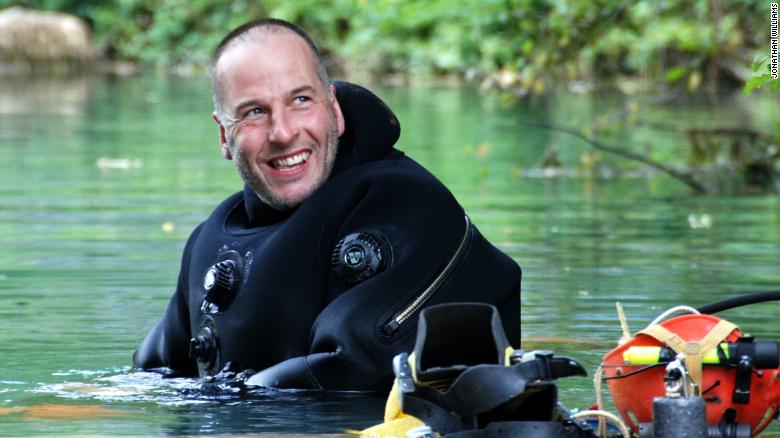 Up until the summer of 2018, not many people had heard of Stanton.

But since leaving high school in the 1980s, he’d quietly established himself as the pre-eminent expert in his field: cave diving.

It’s a niche activity that suits his analytical mind and sense of adventure.

“It’s a physical activity,” Stanton told CNN. “But a thinking activity with logistics and planning.”But the main thing was the opportunity to explore; the amateur person — with no real monetary means — could explore somewhere that no one else has been before.

“The whole surface of the world has been photographed, but if you’re the first one there in a cave, you have no idea what’s around the next corner,” he added.

Stanton’s passion is more like an obsession, and he has dedicated his life to it. He never married, and his house in England, cluttered with home-made diving equipment, once led a Sunday Telegraph journalist to describe him as “not the most domesticated of men.

“Whilst he wouldn’t describe cave diving as a competitive activity, he concedes that “it is a very competitive environment, people always want to be the first ones there.

“It’s a pursuit that has claimed the lives of many, some of whom who were known to Stanton, and he’s often recovered their bodies.

But he doesn’t consider diving to be inherently risky.

“Just because something seems dangerous doesn’t mean that you have to do it in a dangerous manner,” he said. “Driving [a car] could be dangerous if you’re a dangerous driver.

“And he’s in no way a thrill seeker. “If you’ve got adrenaline in a cave, you’re doing it wrong,” he added.He has dived all over the world, often going further and deeper than any before him. And he’s done it his own way, eschewing the flashy high-tech gadgets used by some of his rivals.

His signature piece of equipment — a flotation device — is actually a repurposed inner tube from a motorcycle tire. If that gives the impression of a beginner, he is anything but. 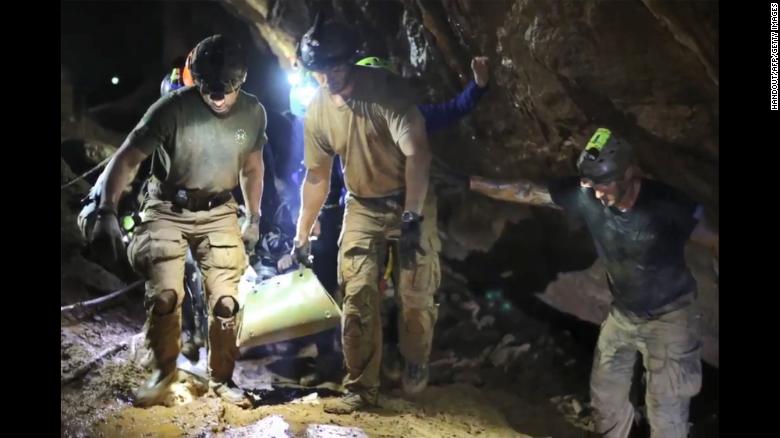 The rescue team pictured carrying a member of the team on a stretcher.

By the time Stanton and his dive partner Jonathan Volanthen arrived at the Tham Luang Cave in Northern Thailand on June 27, he assumed the 12 boys and their coach would be dead — they’d already been missing for four days. It was another five before he surfaced in a chamber deep in the cave and recoiled at the pungent air.

“They must be dead, we’ve found their bodies,” he wrote in his autobiography ‘Aquanaut,’ but then they heard the voices. A moment of relief and elation was quickly followed by greater concern.

“The worst bit was after we found them,” Stanton recalled to CNN. “We had no idea how we were going to get them out.”

Stanton says that he’s dived in more difficult caves, but this particular experience was complicated by what he discovered when planning the rescue strategy.

The caves were no longer in a natural state, instead they were with filled with electrical cables, pipes and diesel fuel that was leaking from the pumps.

As he maneuvered through the dark and tiny nooks and crannies of a flooded cave network, he describes a scene of “complete chaos.” On their second day in the cave, Stanton and Volanthen had to save four pump workers who’d become isolated from their crew and trapped. Nobody even seemed to know that they were missing.

It was a fraught evacuation, the men were only underwater for about 40 seconds at a time, but Stanton said they all were terrified. “We manhandled them, put regulators in their mouths and dived only short distances, but they all pretty much panicked. I describe it as an underwater wrestling match.

“At the time, the impromptu rescue was an unnecessary distraction, and it further delayed locating the boys, but it was an experience that ultimately helped get them all out alive. 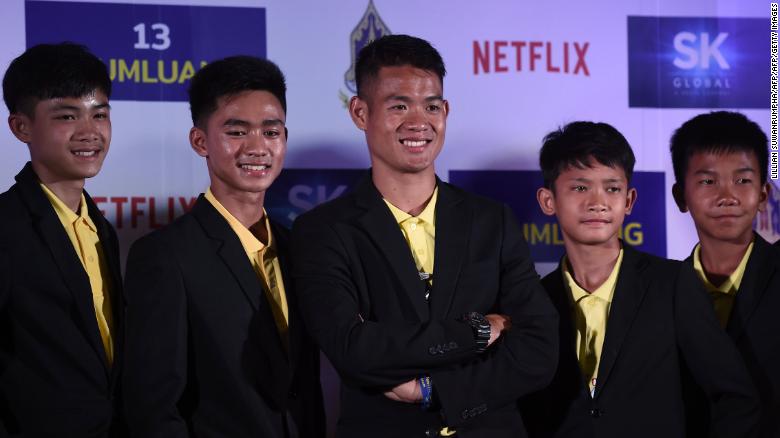 Members of the ‘Wild Boars’ team pose to promote a Netflix series about the rescue of the team.

‘I’m not declaring it a miracle’

As all of this was unfolding, Stanton had unwittingly become one of the main actors on the stage of a global drama.

Every day, the “stony faced Brits” walked into the cave past the hundreds of news reporters and the stoic mothers of the missing boys.

He says he’s good at wearing blinkers — he was able to cut out all of the noise — but admits that would have been difficult if he’d been made truly aware that millions of people had become emotionally invested, all around the world.

When asked why he thinks so many people cared so much, he describes the Thai cave rescue as “the ultimate reality show.””As morbid as it might be, it was the uncertainty,” he explained.

Nobody could be sure of a happy ending to the story, not even Stanton, who had concluded that the only way to save the boys was to sedate them.It was an extraordinary gamble, inspired by their experience with the stranded pump workers, but as the monsoon rains intensified, it was “the best of all the worst options.

“Another cave diver, the Australian anesthetist Dr. Richard Harris, strongly disagreed with the idea. That was until he had dived in to see the predicament they were in.

“There was no scientific knowledge of anyone being sedated underwater,” Stanton said.”If you sedate anyone in the hospital, they are completely monitored and intubated and have resuscitation teams all around them.

“In the National Geographic documentary film, ‘The Rescue,’ Dr. Harris says he felt like he was “euthanizing” the boys in the cave, and it was only then that the enormity of it all finally hit Stanton.

“We made the plan dispassionately, but that doesn’t prepare you for the time when you sedate a boy, make them unconscious, put a mask on them, tie them up and drag them underwater.

“You’re the only person cradling that boy for two and a half hours.

That’s when the responsibility of what you’re doing really hit home.

“Stanton and his team were prepared for multiple deaths, they simply didn’t believe it would be possible to make 13 successful trips. But he was wrong, after three days of intense diving, the boys and their coach had all been successfully evacuated.

How close was it to all going wrong? “It’s hard to say,” Stanton chuckled. “Because it did all go right. Thirteen consecutive positive results have some statistical relevance.

“Was it a miracle? “I’ll stretch it to say that it was miraculous that all these things happened sequentially. It was a collaboration between thousands of people, it was exceptional planning,” he said.

“It was miraculous that everything happened but I’m not declaring it a miracle.”

Before the Thai cave rescue, Stanton was wondering what to do with the rest of his life and also questioning what he’d been doing with his life.

He’d retired as a firefighter and had become disillusioned with diving.

Writing in ‘Aquanaut,’ he lamented: “I’d devoted my life to reaching the pinnacle in this one activity that was absolutely pointless, it brought nothing to anybody.

“But then the Wild Boars youth team entered the cave, and the rest is history.

He says doesn’t believe in fate, but concedes it would be hard to argue against the existence of destiny in his own narrative arc. “It does appear that everything I have done has led in incremental steps to this,” he said.

In saving all those lives in the cave, his own life has been transformed.

He’s now a guest speaker in high demand, a published author and he’ll soon be portrayed by the American actor Viggo Mortensen in the Ron Howard movie, ‘Thirteen Lives.’Remarkably, some of the boys still go into the cave for fun, but he doesn’t see much of them anymore — the language barrier makes it difficult to develop any kind of meaningful relationship.

But he knows they are grateful, the smiles on their faces when he saw them six months after the rescue told him all that he needed to know. “They don’t need to say it in words,” he said.

And while he still doesn’t consider himself to be a football fan, he does now have some appreciation for the game.

“They were a team before the rescue, during and afterwards,” he concludes. “And I think that played a very big part in their own survival.

“We were dreading that they might challenge us to a game, because we would lose by a huge number of goals. It would be hugely embarrassing!” 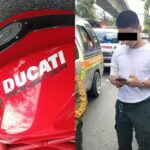