Home » Ricciardo is master of Monaco with record pole lap 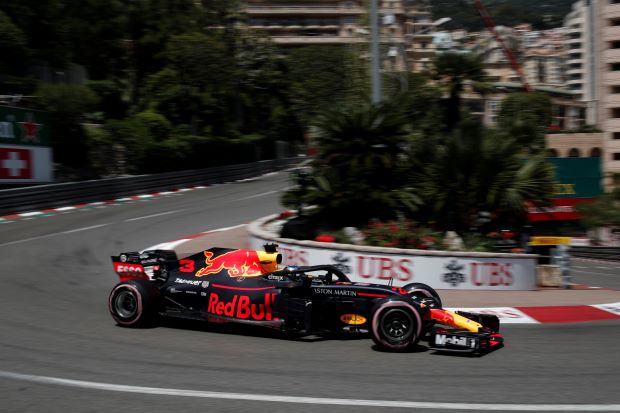 The Australian, in blistering form since leading the way in Thursday practice around the streets of the tiny Mediterranean principality, made sure of the top slot for his team’s 250th race start with a lap of one minute 10.810 seconds.

Neither man could match the Australian’s pace on the hypersoft tyres, with Vettel 0.229 seconds slower.

“I have done everything I can so far, so let’s finish the job tomorrow. I’m pumped.”

Red Bull’s hopes of locking out the front row of the starting grid disappeared before qualifying had even started after the gearbox on Max Verstappen’s car was changed following a crash in final practice.

That incurred a five-place grid drop, which became academic when the 20-year-old Dutch driver failed to emerge for even one timed lap.

He will now start from the back of the field, on a track where overtaking is extremely difficult.

“It feels a little bittersweet. We’re delighted with pole but we should have had two cars up there. It’s frustrating with such a fast car not to have both cars on the front row of the grid,” said team boss Christian Horner.

“This place bites hard if you abuse it. Max is a very fast driver, we know that, and this weekend he has a great car… He should have been competing for the front row today.

“There is no more brutal lesson than what he has just had,” added Horner.

Hamilton leads Vettel by 17 points after five rounds of the 21-race championship, and the Briton will have been boosted at least by his car’s performance after a disappointing showing in Monaco last year.

Ricciardo’s pole was his second in three years in the principality, the second of his career and also Red Bull’s second of the V6 turbo hybrid era that started in 2014.

The Australian was fastest in 2016 qualifying but lost out in the race to Hamilton.

“I gave it everything I could. I was up a little bit on the last lap but wasn’t able to hold on to it,” said Hamilton, chasing a hat-trick of wins on Sunday after Azerbaijan and Spain.

“It’s still a long race ahead of us tomorrow. I don’t think Red Bull have tried the other tyres yet so it will be interesting to see how we all go.”

Behind the usual suspects, French driver Esteban Ocon qualified sixth for Force India with McLaren’s Fernando Alonso, who missed last year’s Monaco race to compete in the Indianapolis 500, seventh on the grid.

Renault’s Carlos Sainz lines up eighth with Force India’s Mexican Sergio Perez, who holds the current race lap record that is sure to be bettered on Sunday, in ninth and Frenchman Pierre Gasly 10th for Toro Rosso. 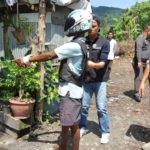 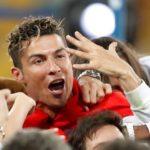 Ronaldo drops hint he may leave Real after final triumph