Huge fire at a Florida airport has…

308 arrested on 2nd Night of Curfew

Tiger has coronavirus diagnosed at US zoo

Hospitals warned not to bill for Covid-19…

Footage purporting to show a Chinese woman eating a whole bat at a fancy restaurant has gone viral as the country is ravaged by a new deadly virus believed to have come from the flying mammals.

A separate trending video purports to show Cantonese-speaking diners preparing to eat soup made with the nocturnal animal.

The new strain of coronavirus, which emerged in the central Chinese city of Wuhan last month, has killed at least 25 people, caused illness in more than 800 and caused the city of 11million to be in lockdown.

The virus, which can cause pneumonia, is poorly understood. Scientists now fear it may have spread to humans from snakes or bats.

A leading Chinese virologist who helped tackle the SARS epidemic in Asia in 2003 has warned that a new strain of deadly coronavirus from China could lead to an outbreak at least 10 times worse than the health crisis 17 years ago.

Bats are used in traditional Chinese medicine to treat a series of illnesses, including coughing, malaria and gonorrhea.

The animal’s faeces is also believed to be able to cure eye diseases, according to ancient Chinese medical masterpiece Ben Cao Gang Mu.

The first trending video, said to be trending on Weibo and shared by Hong Kong-based Apple Daily, shows a fashionably dressed young woman holding a bat with chopsticks as she nibbled on one of the mammal’s wings.

One man can be heard telling the woman in Mandarin: ‘Eat the meat! [Don’t] eat the skin.’

He added: ‘[You] should eat the meat on its back.’

The bat was thought to be from a large pot of soup placed in the middle of the table.

‘[After] experiencing this matter, can Chinese people give up eating wildlife?’ the blogger asked in a post. 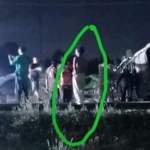 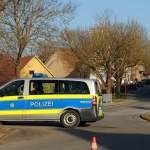 Mark KellyApril 7, 2020
Prime Minister Boris Johnson has been moved to intensive care in hospital after his coronavirus...
END_OF_DOCUMENT_TOKEN_TO_BE_REPLACED

Huge fire at a Florida airport has destroyed more than 3,500 hire...

Germany draws up plans to end lockdown after April 19