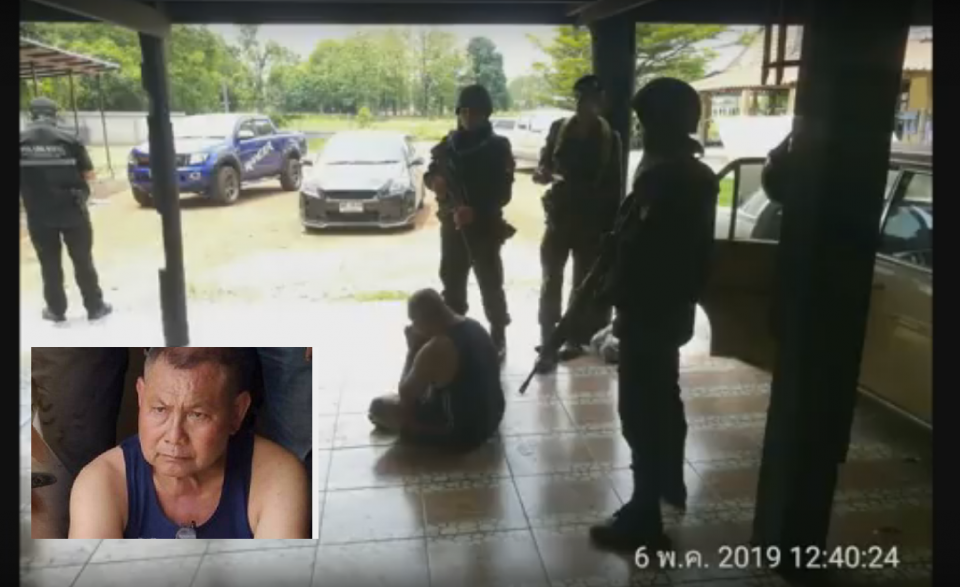 Upon being arrested for alleged drug trafficking on Monday, a retiring police officer in Nakhon Phanom told officials that he did it to earn sufficient money for his retirement.

Pol Captain Chainarong Oiphuthorn, 59, deputy investigative inspector attached to the Nakhon Phanom police head office, was arrested by troops from the Nakhon Phanom office of the Internal Security Operations Command in a sting operation on Monday.

Officials from the Nakhon Phanom ISOC office said 6,000 methamphetamine pills and 9.5 kilograms of marijuana were seized from Chainarong’s home in the province’s Muang district during the arrest.

ISOC officials had been tipped off that the officer was engaging in drug trafficking, and so an undercover officer contacted Chainarong seeking to buy 2,000 meth pills from him for Bt50,000.

Chainarong was arrested when he showed up to deliver the drug in exchange for the money. Officials took them to search his house and found more drugs.

He told ISOC officials that he would retire in October and so had tried to raise enough money to spend with his family during his retirement.