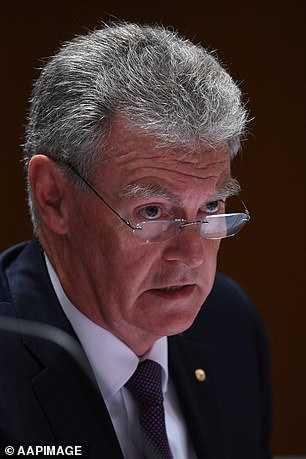 Anyone in political office could be a target, the former spy chief told the political journal Quarterly Essay in an interview to be published next week.

Mr Lewis claimed Chinese authorities were trying to ‘place themselves in a position of advantage’ by in political, social, business and media circles, The Sydney Morning Herald reported on Friday, citing the interview.

‘Espionage and foreign interference is insidious. Its effects might not present for decades and by that time it’s too late,’ he said.

‘You wake up one day and find decisions made in our country that are not in the interests of our country.’

In the interview, Mr Lewis warns covert foreign intrusion into the heart of Australian politics is ‘something we need to be very, very careful about’.

His remarks come after Liberal MPs Andrew Hastie and Senator James Paterson were denied visas to travel to China for a study tour after they criticised its human rights record.

In an opinion piece published in The Australian on Thursday, senior Chinese diplomat Wang Xining accused the MPs of having double standards and showing disrespect.

‘It is cynical that in a country boasting freedom of speech, different views from another nation are constantly and intentionally obliterated,’ Mr Wang wrote.

‘Understanding truth succumbs to being politically right. A people said to be audacious and adventurous like kangaroos are scared of stepping out of the comfort zone of ideas and thinking.’

Mr Lewis retired in September after five years as the head of the Australian Security Intelligence Organisation.

In October, a Four Corners investigation lifted the lid on dubious relationships between a number of Beijing-backed entities and Australia’s top tertiary institutions.

The program revealed a University of Queensland professor who received $2.6million in taxpayer-funded grants used the money to set up a tech company in China which monitored members of the Uyghur minority group.

China analyst Alex Joske from the Australian Strategic Policy Institute warned our institutions are being infiltrated by China-owned or backed entities, and singled out UQ for its ‘concerning activity’.

‘[The university] engages in particularly high levels of collaboration, some of which has raised serious human rights concerns,’ Mr Joske told Four Corners.

He said the university, which receives defence funding for its artificial intelligence programs, trained a Chinese PhD student working on drone swarms.

In July, a flotilla of three Chinese warships with 700 sailors on board arrived a for a secret visit to Sydney.

Sailors were lined up on the ships in combat uniform, with some carrying guns.

Since coming to power, President Xi Jinping has invested heavily in the People’s Liberation Army Navy – in a bid to project Chinese influence across the Pacific and beyond. 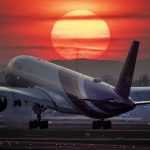 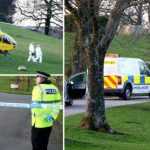 Girl, seven, ‘stabbed to death in random attack in park’