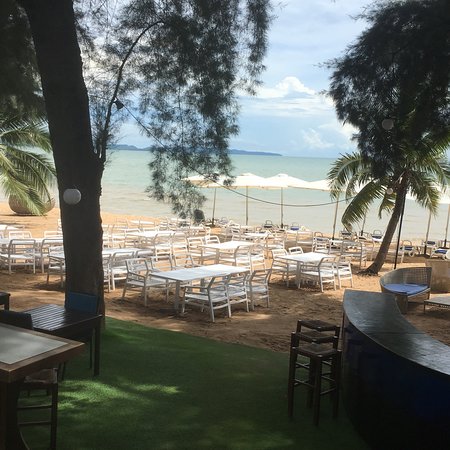 Deputy Prime Minister and Public Health Minister Anutin Charnvirakul said on Tuesday that dine-in restaurants across the country will likely this week be allowed to extend their opening times to midnight as part of the government’s plan to ease COVID-19 restrictions on businesses.

He was responding to a call by the Thai Restaurant Association for an opening hours extension to 11 pm.

The Centre for COVID-19 Situation Administration’s (CCSA) main committee is likely on Friday to allow a set of COVID-19 restrictions to be relaxed following the overall improvement of the outbreak situation, he said.

Mr Charnvirakul, however, stressed that alcoholic beverages will still be prohibited in some areas while key COVID-19 control protocols, including social distancing, will still have to be strictly followed at eateries.

“If violations of the alcoholic beverage-drinking ban are found at any restaurants, they can’t simply get away with claiming that it was their customers who brought the alcohol to drink at the restaurants because the ban applies to ‘alcohol drinking’ at restaurants in particular, not only alcohol selling or serving,” he said.

Police will be asked to step up patrols to enforce the ban, he said.

Prime Minister Prayut Chan-o-cha said the easing of COVID-19 restrictions will be decided on a case-by-case basis and will depend on the outbreak situation in each area.

Despite a surge in new COVID-19 cases from active case finding in communities on Tuesday, the government will actually base its decision on easing restrictions on the overall outbreak situation in each area, he said.

CCSA spokesman Taweesilp Visanuyothin said a meeting will be held today to discuss the proposed easing of COVID-19 restrictions on businesses and activities including restaurants, entertainment venues and schools.

The main CCSA committee will gather again on Friday to deliberate the proposed easing of these COVID-19 restrictions one last time before deciding to endorse it, said Dr Visanuyothin.

On Tuesday, the CCSA recorded 959 new COVID-19 cases, 844 of which were found in active case-finding operations in Samut Sakhon, seen as the epicentre of this current wave of the outbreak, he said.

Of the 959 cases, 937 were local transmissions; and of the 844 new cases found in Samut Sakhon, 84 were Thai nationals and the rest were migrant workers, he said.

Out of the 130 cases reported in 47 districts of Bangkok, Bang Khunthian has so far recorded the highest number, with 50 cases, while Saphan Sung and Samphanthawong remained COVID-19 free as of Tuesday.

The Department of Health, meanwhile, emphasised that as Bangkok and other provinces begin to ease their COVID-19 restrictions, key control protocols including face-mask wearing, social distancing and hand sanitising are still required to be strictly followed by businesses allowed to relax certain COVID-19 control measures.

Between 12th and 19th January, hotels, department stores and restaurants were found to have 98.2%, 95.6% and 70.8% rates of compliance respectively regarding requirements for them to regularly conduct self-assessments using the application, he said.

Fresh markets, restaurants, wholesale and retail shops and religious establishments were also found to be complying better with COVID-19 control protocols, he said.

In Rayong, provincial governor Channa Iamsaeng said the province had no new COVID-19 cases to report on Tuesday.

As the CCSA is likely on Friday to remove Rayong, along with seven other provinces, from its COVID-19 strict control red-zone list, Rayong will today begin allowing certain businesses and activities, including massage shops, shopping malls, beauty clinics, golf courses, sports stadiums and clubs, to resume operating, he said. 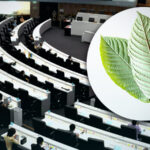 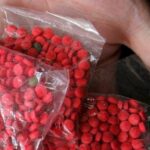