Recent reports suggesting that Thai police officers were involved in assisting the disappearance of Yingluck have been strongly denied.

Deputy Prime Minister Prawit Wongsuwon insisted on Monday that despite reports from the media suggesting otherwise, there is no truth to the statements

Gen Prawit, also defence minister, said police officers were stationed in front of her house prior to Aug 25 while the Metropolitan Police Division 4 had reported to him that no officers helped Ms Yingluck flee.

Responding to a grilling by the media, Gen Prawit said he was sure the public had no doubts over the ex-premier’s disappearance as it was clear she had fled by herself.

Meanwhile, police have found clues involving the escape of Ms Yingluck on Aug 23 both in Bangkok and other provinces, deputy national police chief Srivara Ransibrahmanakul said.

Pol Gen Srivara, who leads the search team to locate Ms Yingluck, on Monday said police are investigating a suspect car which is believed to have been used in Ms Yingluck’s flight.

he team is attempting to bring her before the court, which issued a warrant for her arrest, to hear its ruling on Sept 27 after she failed to appear at the Supreme Court for the ruling in her rice-pledging trial on August 25th.

He did not give details but said the car in question is not a black Toyota Fortuner, an image of which was captured on CCTV camera and released online.

Gen Prawit said the team has not updated him on any progress in the search, adding that he has ordered officials overseeing the issue to expedite efforts to locate Ms Yingluck.

However, the agency has not received any responses yet.

If the agency received reliable information about the ex-premier’s whereabouts, it will inform the Foreign Ministry so it can revoke Ms Yingluck’s passport, he said.

However, if Ms Yingluck wanted to seek political asylum overseas, it depended on each country, he said.

ormer prime minister Abhisit Vejjajiva also urged the government to explain why it has not yet revoked Ms Yingluck’s passport as it was not necessary to wait for a court ruling or confirmation that she was not in the country.

People whose passports have been revoked must have an arrest warrant issued for them or be banned from travelling out of the country by a court, Mr Abhisit said. 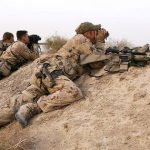