On Tuesday September 12th, a meeting was held by Pattaya City officials to discuss the replacement of the neon signs which currently light up Walking Street.

About a month ago, there were discussions regarding dragging all the signs down, as they did not meet the official regulation set out by city hall, even though they have been that way for a number of years already.

This was met with obvious disapproval by almost everyone in Pattaya, which promted the powers that be to come up with a new plan, in which the old signs would be replaced by new, modern looking signs that met the safety regulation set out by City Hall.

A win win situation for everyone, it seems.

At the meeting, artistic plans were unveiled showing what Walking Street could potentially look like once the plans had be completed. The plans are currently still under discussion and no final decisions have been made.

The meeting also unveiled the new guidelines for the signs in Walking street which are to be followed by all businesses wishing to advertise their venue.

Questions were invited and answered by the head of the meeting and overall there was a positive feeling when it was time to bring the meeting to a close.

The discussions will be ongoing over the next couple of weeks until a final plan is put into place. 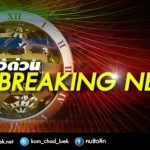