The EU’s agricultural committee has this week approved a ban on food producers using nomenclature terms associated with meat to describe vegetarian food.

The move was passed thanks to a vote in the European parliament but there have been suggestions from MEPs that the meat industry might have had a hand in this.

The idea that the changes had been influenced by the meat industry was rebuked by the French socialist MEP Eric Andrieu who vowed that the meat industry had nothing to do with this decision and told politicians to look at Europe’s rich history of food for a sense of reason.

The meat lobby is not involved in this. It has generated a considerable debate among the political groups and a large majority wanted to clarify things.

Particularly in the light of history, the history we share, you can have a steak or burger, you can’t call it something else.

We felt that steak should be kept for real steak with meat and come up with a new moniker for all these new products. There is a lot to be done in this front, a lot of creativity will be needed.

However, Molly Scott Cato, a Green MEP, said that although she agreed with the change, she had some doubts about the motivation behind it.

The suspicion is that this has come from the meat industry out of panic at the fact that young people are moving away from eating meat.

It is a clear indication that they are worried about their market being undercut – and that’s quite a good sign. There certainly didn’t seem to be a lot of consumer demand for it.

It wasn’t as if people were buying veggie burgers and asking: ‘Where’s my meat?’ People are moving increasingly towards a plant-based diet, and young people at a terrific speed.

Although the law has just been passed it could still be a number of years before it actually comes into effect but the reaction to it has instantly been one of complete and utter bafflement with many pointing the finger at the meat industry. 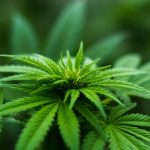 The burning truth in Thailand? There’s no excuse for haze