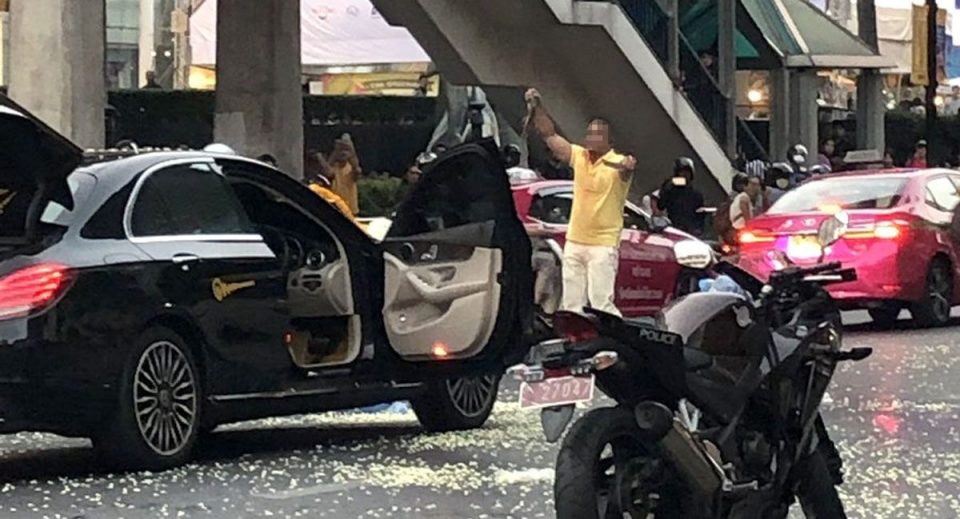 A man who caused chaos by stopping his car in the middle of a busy intersection in Bangkok and releasing several cobras there has been found to have a mental problem.

Dr Kiattipum Wongrajit, director general of Mental Health Department, said that the man had been sent for hospital treatment after undergoing tests with a psychiatrist at Somdet Chaopraya Institute of Psychiatry.

The doctor said that during the interview the man, a former real estate businessman,  seemed to have hallucinations and claimed that somebody wanted to harm Thailand by using black magic.

Moreover a urine test found traces of cannabis and the man had a history of using hemp oil.

The man was identified by police as  Kanetpissanuthep Chakkapobmahadecha, also known as K Roilarn or K 100 million.

Kanetpissanuthep, 44, stopped his new Mercedes Benz in the middle of the Ratchaprasong intersection near the Central World shopping mall at about 6pm on Wednesday amid rush-hour traffic. He then released the snakes and walked around with a knife in one hand and a snake in the other, shouting as bystanders and traffic police kept their distance.

The man’s head and shirt were covered with blood, with some news reports claiming he had chopped off the snakes’ heads.

Passersby videoed the incident until police arrested him.

A deputy city police commander,Pol Colonel Thawatkiat Jindakuansanong said Kanetpissanuthep showed signs of stress and rambling, and told police he could not breathe and had a tight chest.

Police then sent him to Chulalongkorn Hospital, fearing he had sustained a snakebite.

Earlier police charged him with several offences, including carrying knives in public, blocking traffic and littering and his actions were out of respect for Buddha.

He said he had bought the cobras from villagers in Nakhon Sawan province and did not intend to harm anyone.

His wife told police he had been under stress following his mother’s death late last year and his sister being diagnosed with cancer. Earlier this month, his monk died, adding to Kanetpissanuthep’s anxiety.

The man had also sprayed his car to show support for General Sonthi Bunyaratklin, a coup leader in 2006. Last week he caused a scene at a mall in Pathum Wan district by shouting at people, Thawatkiat said. 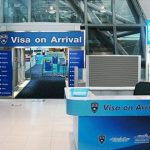 Cabinet to waive visa on arrival fee until October