A red-shirt leader on Saturday warned Prime Minister General Prayut Chan-o-cha of possible bloodshed similar to “Black May” if he perpetuates his political power.

Korkaew Pikulthong, a leading member of the United Front for Democracy Against Dictatorship (UDD), said “senior persons of the country” should remind Prayut of the possible outcome.

Korkaew was speaking to reporters in front of the Bangkok Remand Prison where he waited to welcome UDD chairman Jatuporn Promphan, who was released Saturday morning after serving a one-year jail sentence.

Korkaew said the UDD believes that the post-coup National Council for Peace and Order led by Prayut would try to retain its political power, as did those behind the 1991 coup led by General Suchinda Kraprayoon.

Suchinda broke his promise and accepted the post of prime minster following a post-coup election in 1992. That led to street protests that were later crushed by the military, resulting in bloodshed in what has become known as the “Black May” or “Bloody May” incident. There were 52 military-confirmed deaths, many disappearances and allegations of torture.

“To prevent such an incident from happening again, I think all sides should discuss how to pre-empt it, and senior persons of the country should remind Prayut, the prime minister and the NCPO chief,” Korkaew said.

He added that UDD leaders would soon hold discussions on how to tackle the sources of repeated national crises. 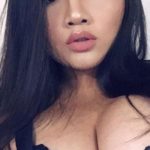