Red Dead Redemption 2 has smashed records and become the highest grossing video game on an opening weekend, in entertainment history.

The popular western raked in $725million in just three days, with fans climbing over one another to get their hands on the second instalment to the Rockstar Games product.

Fans have been waiting months for the release after being drip-fed clips and teasers until the day came on October 26.

According to reports on ign.com Red Dead Redemption 2 also boasts the largest launch sales of any game released on the PlayStation Network to date, and was the most pre-ordered game of all time for PlayStation. 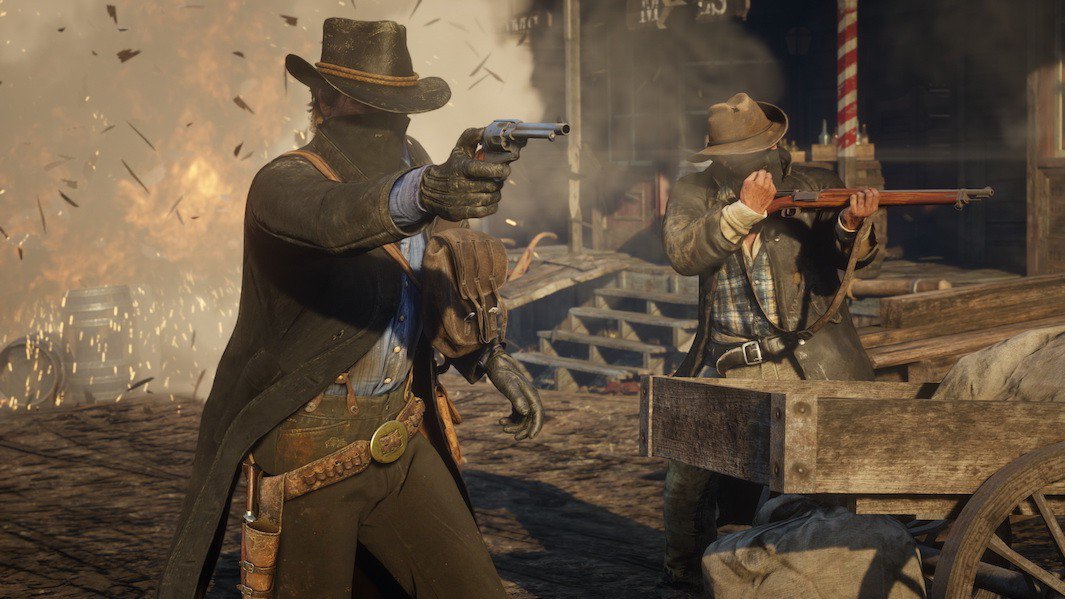 But despite taking in the most money for an opening weekend it is the second highest grossing launch for Rockstar Games, a record still held by Grand Theft Auto V – which doesn’t count because it was released on a Tuesday.

The figures shouldn’t come as a major surprise though, the brains behind the shoot-em-up have been hard at work to make it bigger and better than the original, which came out more than eight years ago.

Much has been made of the incredibly detailed graphics, which those among the first to get their hands on the game have been busy exploiting.

Peter Molydeux discovered that when it snows in the virtual universe, players are able to manipulate the main character and draw a ‘snow penis’ – awww, cute.

He posted a picture of his handywork, writing: “To the tech artist who worked multiple late nights on the snow deformation technology, know that you’ve brought much joy to the world.”

It actually became a bit of a competition online, with another asking why his penis never got any recognition, when it was even bigger than Peter’s.

He was quickly shut down by a third gamer, who wrote: “It looks infected. Maybe that’s why. It’s not nice and clean.”

But seriously, Red Dead 2 has given much more freedom to players, allowing them to interact much more easily with in-game characters, as well as a larger universe for them to explore, and a more detailed storyline.

However, as some have found out he hard way, you have to be careful how you behave in front of other characters, because they react to everything you do. One player ‘accidentally’ killed a dog*, accidentally pulling out his gun and shooting it to death when he just wanted to give it a stroke.

Even in the Wild West animal cruelty is apparently a no no and he was chased out of the town by the townsfolk, before being brutally murdered.

*He definitely knew what he was doing.