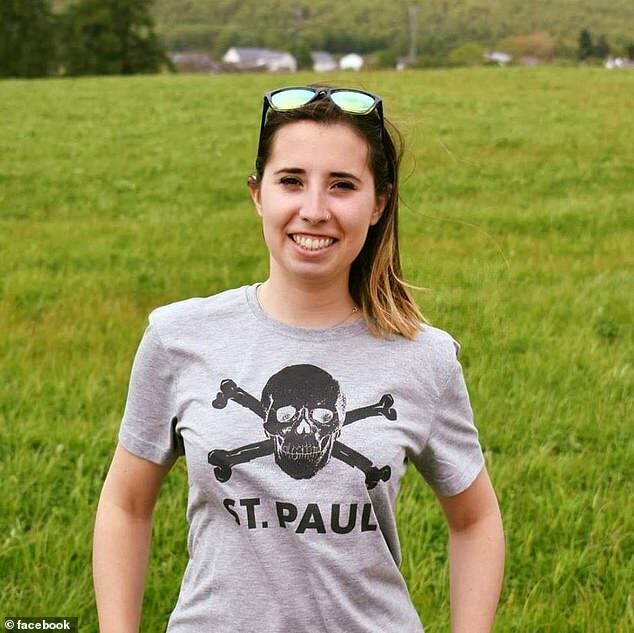 A YOUNG receptionist stabbed to death as she worked a night shift at a Travelodge had only been at the seaside hotel for three months.

Marta Elena Vento, 27, was discovered in a pool of blood at the budget hotel in Bournemouth, Dorset, last Wednesday.

She is believed to have moved to the seaside town in February and initially worked at a recruitment centre.

Marta, originally from Spain, then joined Travelodge as a night receptionist in September.

It is believed she had been working a night shift when she was attacked.

A 32-year-old man arrested on suspicion of murder has been detained under the Mental Health Act.

Guest Paul Ford left his hotel room shortly after 7.30am for a cigarette to find blood smeared across the wall and a Travelodge worker desperately calling 999.

He told The Sun there was so much blood it looked like the receptionist had been stabbed more than once.

Paul said: “I went down for a cigarette shortly after 7.30am and there was blood splattered all over the walls.

“She was lying in a corner near the reception and the bar area.

“Her shoes had come off and were nearby and there was one of her colleagues leaning over her on the phone, he was in total shock.

“He had some material to try and stop the bleeding which he was pressing onto her stomach and he was shouting her name.

“I asked him if she was dead and he nodded, he was asking me to keep away, it looked like she had been stabbed in the stomach.

There was so much blood, over the walls and all over the floor.Paul Ford

“There was so much blood, over the walls and all over the floor.

“One of my friends had been down for a cigarette at around 1am and had spoken to her then.

“She was on her own, covering the reception.”

A source close to the case told The Sun: “A member of staff who was working at reception was stabbed overnight.

“Her body was only discovered when another employee came in the next morning, the hotel is a mess and there is blood on the floor and all over the walls.”

Dorset Police said the victim’s family has been informed and are being supported by specially-trained officers.

Detective Chief Inspector Jez Noyce, of Dorset Police’s Major Crime Investigation Team, said: “Our thoughts continue to remain with the victim’s family and everyone who has been affected by this terribly sad incident.

“Officers are keeping the victim’s family updated and they are being supported by specially-trained officers.

“While the arrested man has been transferred to the care of mental health services, the investigation is still ongoing and I am continuing to appeal to anyone who witnessed or heard anything suspicious in the area of the Travelodge in Christchurch Road on the morning of Wednesday 9 December 2020 to please get in touch.”

A spokesman for Travelodge said: “We are deeply saddened to hear that a woman has died at Bournemouth Travelodge.

“Our thoughts and sincerest sympathy are with her family and our priority right now is to support the police with their investigation.

“As this is a live police investigation we cannot make any further comment at this stage.”

Neighbors’ claimed that the underground car park of the hotel is known locally as a meet-up point for drug users.

One said: “The hotel is pretty rough and is known as a favourite hang out for drug users.

“They meet in the underground car park and do all sorts.

“I have reported it to the police several times but they don’t do anything.” 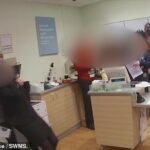 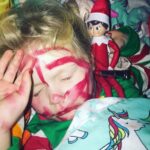