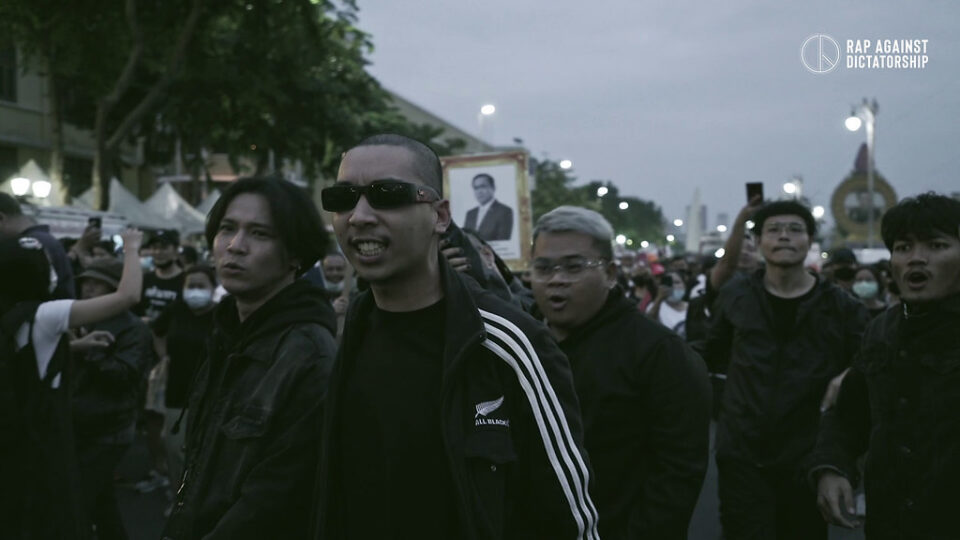 On 7 July, Patiroob (reform), a Rap Against Dictatorship (R.A.D.) song, was again blocked on YouTube as a result of a Ministry of Digital Economy and Society (MDES) petition to the Court that it should be prohibited under the terms of the Computer Crime Act.

A part of Patiroob music video that was filmed during a protest.

According to Thai Lawyers for Human Rights (TLHR), the Court agreed that the song’s lyrics, which seemingly allude to both the prime minister and king, have a bearing on national security.  They also ruled that the song, which promotes the idea of equality, was filled with obscene language.

According to the ruling, the music video also elicited comments from netizens about the monarchy that were likely to affect public sentiment and national security.

The Court dismissed arguments that the song was in keeping with constitutional freedoms of expression and that it was a creative work of benefit to society, saying that liberty must not cause damage to others, especially figures many people respect.

After the ruling, R.A.D. posted on its Facebook page that it would remove the Patiroob music video and song from all its public platforms.

The post also noted that “the creation of anything to reform, improve or change things in a totalitarian land may be difficult at present, but the time will soon come.”

The 7 July ruling follows an earlier Court order banning the song at the request of MDES on 25 November 2020, 12 days after it was uploaded to the Internet. As a result, the Thailand IP address of the music video was inaccessible from beginning of 2021.

According to TLHR, the initial ban was made on the grounds that the song’s content violated security-related laws. The order was reportedly issued in response to testimony from the plaintiff alone.  The accused was not included in the proceedings.

On 23 September 2021, Dechathorn Bamrungmuang, a.k.a. HOCKHACKER, a rapper from R.A.D., petitioned the Court to overturn the ruling on the grounds that the accused had not been allowed to testify. He also denied that the song lyrics posed a threat to national security.

As a result of Dechathorn’s plea, the Court suspended the ban and scheduled a new trial for all parties. Repeatedly delayed, the trial ended on 11 May 2022, resulting in latest ruling in July.

Music being (down) played

The 4.45 minute-long song criticises the government and authorities for prosecuting and using force against the pro-democracy protesters; condemns elite misuse of public revenue for personal pleasure, underlines the illegality of a government formed through a coup, and argues that taxpayer voices must be heard rather than be spent on polygamy.

Dechathorn’s attorney Tittasat Soodsan expressed concern over the ruling, noting that the charge under Computer Crime Act did not state how rude words affect the national security. Despite a request that the Court limit its consideration to the song’s lyrics, ten comments posted in response to the music video were also examined sat the request of the plaintiff.

Tittasat added that ruling not only affected those who produced the song, but was likely to cause fear in the broader music community. He intends to consult with Dechathorn about filing an appeal.

Dechathorn said he was upset by the ruling. He felt angry that the use of rap culture to address problems in society was deemed to be a national security threat and questioned the obscenity issue.

During the trial, MDES witnesses included a computer science expert who overseas Minister music video bans and a director of the Information Technology Crime Prevention and Suppression Department.

MDES representatives openly acknowledged that they could not remember whether the lyrics contained the word ‘monarchy’ and admitted that the lyrics did not directly state anyone’s name. They nonetheless understood that the song contained references to the King.

As a part of their court deposition, MDES also submitted ten comments posted in response to the music video. None of the messages directly defamed or expressed hostility towards King Rama X, but they were deemed inappropriate, a claim that was made without any expert linguistic analysis.

Dechathorn stated that he had sole responsibility for the YouTube account and that, prior to the initial ban, Patiroob had over 9 million views and over 10,000 comments. Because of the large number of comments, he said he was unable to check them all but was willing to delete the improper remarks when they were brought to his attention.  He received no notice from anyone this case.

R.A.D. is a band composed of multiple rappers. Its first single “Prathet Ku Mee (My Country Has),” released on 23 October 2015 on YouTube, has received over 106 million views. The band’s songs address human rights issues, criticise authoritarianism, and promote gender equity.

In 2019, R.A.D. was one of the three winners of the 2019 Václav Havel Prize for Creative Dissent, which will be presented on 29 May at the Oslo Freedom Forum. 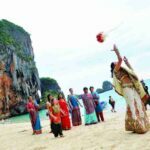 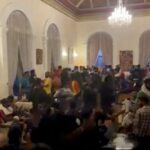