A fire that began on Saturday night continued to rage through a 500-rai forest reserve in Loei province Sunday afternoon.

As the smoke covered a wide area, causing concern among residents, soldiers were being mobilised to try and extinguish the blaze.

“I am really worried – I’m afraid the fire will reach my home,” said Ratniya Phuthornsri, a neighbour of the Phu Huai Mak forest reserve.

The smoke also posed a health threat to citizens of urban Loei. The Air4Thai application showed the Air Quality Index at 177 on Sunday morning, up from 142 the night before. The safe limit is 150.

The level of PM2.5 – airborne particulates of 2.5 micrometres or less in diameter – had also reached a worrying level of 81 micrograms per cubic metre of air as of publication time. The safe limit is 50.

Citizens were pointing out that the air pollution stemmed from cropland burn-offs in general, not just the forest fire.

They said many farmers in the region were burning off weeds to clear their land for easier harvesting.

It was also noted that the number of residents seeking hospital treatment for respiratory problems had risen lately.

“I’ve seen more than 1,000 rai of sugarcane fields being burned every day, with the ash and smoke swirling around,” said Chalin Kanpaengsri, who chairs an environmental group in Loei.

He said the authorities had so far taken no legal action against those setting the fires and suspected that the forest fire was sparked by a cropland fire. 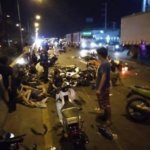 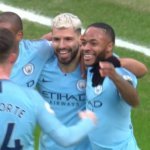