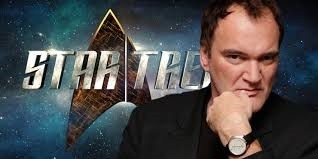 We may never know what they call a Big Mac in the Alpha Quadrant.

Quentin Tarantino may no longer be helming an R-rated Star Trek film.

In an interview with Consequence of Sound, the writer-director was asked about his long-rumored Star Trek project.

“I think I’m steering away from Star Trek, but I haven’t had an official conversation with those guys yet,” Tarantino said, ostensibly referring to the production team behind Star Trek.

Tarantino went on to say that Once Upon a Time in Hollywood felt like it could be his final film, despite the fact that it is his ninth film and he has publicly stated he wishes to make 10 feature films before retiring from directing.

“In a strange way, it seems like this movie, Hollywood, would be my last . . . But in a weird way, it actually kind of freed me up. I mean, I have no idea what the story of the next one’s going to be. I don’t even have a clue,” Tarantino said.

According to Variety, Tarantino’s spokesperson could not be reached for comment.

Tarantino has long bandied about the idea of doing an R-rated Star Trek film. While promoting Once Upon a Time in Hollywood, Tarantino said his Star Trek film would take place in the “Chris Pine timeline.”

In another interview, Tarantino said J.J. Abrams, who directed the 2009’s Star Trek, was supportive of taking the franchise into riskier territory.

“Deadpool showed that you can rethink these things, do them in a different way,” Tarantino said. “So really, even before J.J. knew what the idea was, his feeling was, if it wants to be an R rating, fine.”

While the future of Tarantino’s Star Trek film is unclear for the time being, you can catch up on William Shatner’s thoughts on Tarantino directing an installment, what Tarantino thinks of the current script by Revenant screenwriter Mark L. Smith, and what Tarantino told J.J. Abrams about Khan. 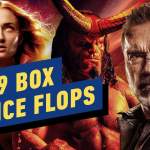 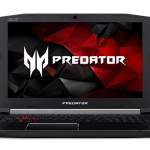