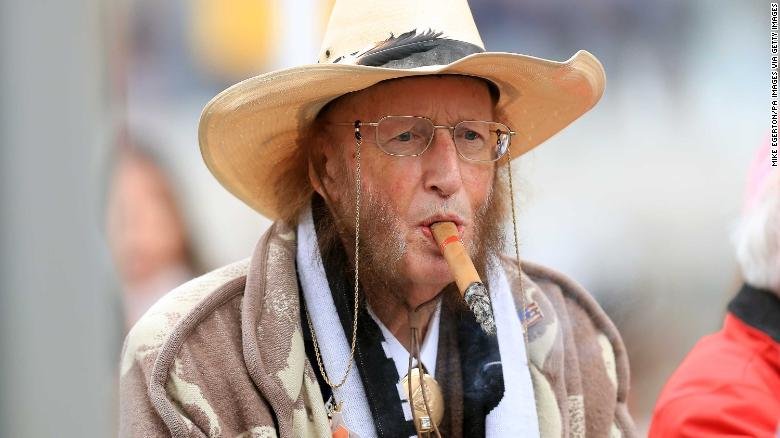 The legendary horse-racing broadcaster John McCririck, who was famed for his outlandish dress sense, has died at the age of 79, his family has announced.

McCririck made his name as the face of British horse racing coverage, reporting from the betting ring for nearly three decades, first for ITV and then for Channel 4.

He was perhaps best known for his distinctive style, regularly sporting a large deerstalker hat, sideburns and colorful suits, often with a fat cigar in hand.

McCririck’s family confirmed in a statement that the veteran broadcaster died in a London hospital Friday.

McCririck was renowned for his distinctive style, which regularly included a deerstalker hat, colorful suits and sideburns.

“His flamboyant broadcasting style from the heart of the betting ring proved extremely popular with racing fans and beyond,” McCririck’s family said. “Despite suffering ill health in recent months, John continued to make several TV and radio appearances.

“John’s interest in horse racing and betting began at Harrow where he was the school bookie. On leaving he worked for an illegal street bookmaker then legally on-course where he learned the art of tic-tac, clerking bets and making a book,” they added.

Jockeys and racing experts have paid tribute to McCririck.

Tony McCoy, a 20-time Champion Jockey, described him as “one of the most recognizable faces from the world of horse racing.” He added that McCririck was “great at promoting our sport.”

McCririck said he was depressed after he was sacked by Channel 4 in 2012.

Ascot Racecourse said it was “deeply saddened” at the news. “He was an unmistakable presence in racing, and one of the most impactful broadcasters of his generation,” the racecourse wrote on Twitter.

Broadcaster Piers Morgan described McCririck as a “great British character.”
“He spoke his mind, loved to ruffle feathers, was as funny as he was outrageous, and had such a deep knowledge of and tremendous passion for horse-racing,” Morgan wrote on Twitter.

McCririck shocked the public in recent years with dramatic weight loss, which he said was the result of a severe bout of flu and the complications from a chest infection.

He also caused concern by stating that he had “no purpose in life” after his regular broadcasting work for Channel 4 came to an abrupt end in 2012.

McCririck blamed his sacking on ageism and took Channel 4 to an employment tribunal, but his case was rejected.

“Ever since I was sacked in 2012 by Channel 4 racing, you feel depressed, you lose a purpose in life. I wake up now in the morning, and what do I have to do?” he told ITV in 2018.
McCririck blamed his sacking on ageism and took Channel 4 to an employment tribunal, but his case was rejected.

The tribunal ruled that McCririck’s “pantomime persona” and “self-described bigoted and male chauvinist viewers” were “unpalatable to a wider potential audience.”

McCririck is survived by his wife, Jenny, whom he married in 1971 and often referred to by the nickname of “The Booby.” 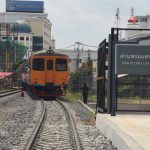 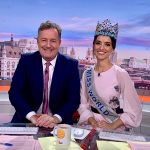