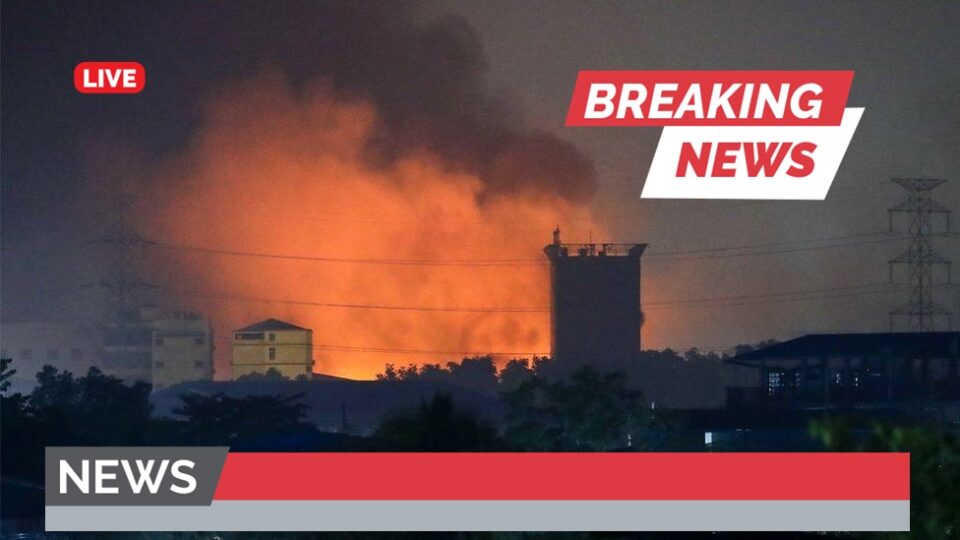 At least 21 protesters have been killed in clashes in Myanmar’s main city Yangon as politicians ousted by the military coup called for “revolution”.

The junta declared martial law in the area after Chinese businesses were attacked. Protesters believe China is giving support to the Burmese military.

Myanmar has been gripped by protests since the military coup on 1 February.

The NLD won a landslide in last year’s election but the military alleged there had been widespread fraud.

Some of the ousted MPs have refused to accept last month’s coup and have gone into hiding.

In his first public address, their leader Mahn Win Khaing Than urged protesters to defend themselves against the military crackdown during what he called a “revolution”.

“This is the darkest moment of the nation and the moment that the dawn is close,” he said.

In addition to those killed in Yangon on Sunday, further deaths and injuries were reported elsewhere in the country. The Assistance Association for Political Prisoners (AAPP) monitoring group put the day’s death toll at 38.

What happened in Hlaing Tharyar?

The junta has declared martial law in Hlaing Tharyar and neighbouring Shwepyitha after China said Chinese factories in the area had been targeted and demanded protection.

On its Facebook page the Chinese embassy said some “factories were looted and destroyed and many Chinese staff were injured and trapped”.

The embassy urged Myanmar to “take further effective measures to stop all acts of violence, punish the perpetrators in accordance with the law and ensure the safety of life and property of Chinese companies and personnel in Myanmar”.

The military-owned Myawaddy Media reported that firefighters had been hindered in their response to the blazes by people blocking their routes.

Gunshots were heard throughout the day and military trucks were seen in the streets.

One officer posted on social media that police were planning to use heavy weaponry.

“I will not have mercy on Hlaing Tharyar and they will fight back seriously too because there are all kinds of characters there,” the officer said in the subsequently deleted TikTok post.

“Three died in front of me while I was giving treatment. I’m sending another two to hospital. That’s all I can say at this moment,” one medic told AFP.

Several other deaths at the hands of the military were reported in other parts of Myanmar, including a young man shot dead by security forces in the northern jade-producing city of Hpakant, and a man and a woman killed in Bago to the north of Yangon.

In total, more than 120 protesters have reportedly been killed during the crackdown, according to the AAPP monitoring group.

What did Mahn Win Khaing Than say?

NLD MPs who managed to escape arrest after the coup formed a new group, the CRPH, or Committee for Representing the Union Parliament.

Mahn Win Khaing Than was appointed the CRPH’s acting head and the group is seeking international recognition as Myanmar’s rightful government.

In a speech on Facebook, Mahn Win Khaing Than said: “This is the time for our citizens to test their resistance against the dark moments.

“In order to form a federal democracy, which all ethnic brothers who have been suffering various kinds of oppressions from the dictatorship for decades really desired, this revolution is the chance for us to put our efforts together.

“Despite our differences in the past, this is the time we must grip our hands together to end the dictatorship for good. “

The military considers the CRPH to be an illegal group, warning that anyone co-operating with them will face treason charges.

Independent international observers have disputed the military’s claim of the fraudulent election held in November 2020, saying no irregularities were observed.

Last week, the military accused Ms Suu Kyi of illegally accepting $600,000 (£430,000) and 11kg of gold. No evidence was provided and an NLD lawmaker denied the allegation.

Ms Suu Kyi has been held for the past five weeks at an undisclosed location and faces several other charges including causing “fear and alarm”, illegally possessing radio equipment, and breaking Covid-19 restrictions.

Since the coup the military has used violent force to try to quell protests, leaving dozens dead and prompting widespread international condemnation

The US has announced sanctions on coup leaders, while steps are also being taken to block access by the military to $1bn of government funds held in the US.

The military has dismissed criticism of its actions, instead blaming Ms Suu Kyi for the violence. 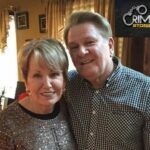 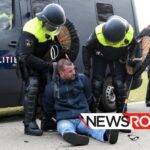