An ad hoc panel of the O  ce of the Attorney-General (OAG) has decided to indict Red Bull heir Vorayuth “Boss” Yoovidhya on charges of reckless driving causing the death of another person and illicit drug use.

In deciding to prosecute Vorayuth in absentia, the panel told a news conference today that there is new and solid evidence, which could persuade a court to convict the suspect for reckless driving.

Regarding the drug abuse charge, the panel said that the evidence implicating the suspect was already in the original police case file, plus additional evidence to prove that he was under the influence of cocaine at the time the fatal road accident.

Former Deputy Attorney-General, Mr. Nate Narksuk, had decided to drop the charge of reckless driving causing the death of another person against Vorayuth, based on new testimony from a police forensic expert, allegedly made under duress, that the Red Bull scion was driving his Ferrari sports car within the 80kph speed limit at the time of the accident and that the dead victim was at fault.

Mr. Prayuth Petchkhun, a special prosecutor who was present at the news conference, explained the panel is empowered to summon all case files for consideration and then make the decisions.

In the next step, he said the panel will notify the police in charge of the case to bring the alleged offender to stand trial.

Vorayuth is currently living in exile in London and elsewhere, beyond the reach of the Thai police. – ThaiPBS 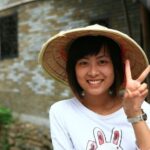