Home » The problem of the crime gangs in Pattaya

The arrest of Luke Joshua Cook and his Thai wife in Bangkok on drugs charges is one small cog in a large wheel of crime concerning the international trade in hard drugs.

One of the places that this trade impacts is Pattaya as well as Bangkok, reported TNA.

Cook, 34, and Kanyarat Wechapitak, 40, were connected to the 2015 abduction and murder of Wayne Schneider in Pattaya. They are also believed to be behind the dumping of 50 kilosof methamphetamine that washed ashore off Sattahip.

This was part of a larger shipment of 500 kilograms.

Information from the United Nations Office on Drugs and Crime (UNODC) lists European Mafia – of which Cook is a part – as being the number two problem group in the world for international drug running and other major crime.

Reporting on the issue Thai News Agency said that European Mafia manifests itself in many forms in Bangkok, Pattaya and Phuket in particular.

They hide behind sometime legitimate front companies and are involved in extortion, drug running, money laundering and human trafficking.

UNODC state the Yakuza as still being the world’s biggest threat though their impact on Thailand is largely in Bangkok.

Number 4 on the top ten list of crime gangs are those involved in fake passports while 6 also impacts Thailand – Chinese nationals using fake ID in third countries. Call center gangs – under the spotlight in Thailand in recent months in particular are listed at 6th place.

In terms of the international trade in illegal drugs the world and Asia in particular has seen the biggest rise in methamphetamine over the last dozen years. This includes drugs known in Thailand as Ya Ba and Ice that often feature in the news.

Unlike heroin that is centered on Afghanistan or Cocaine from Central America, meth labscan be set up anywhere and the distribution and use of these drugs are causing great problems throughout the world and in Asia. 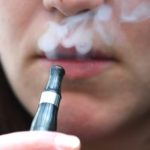 Call to overturn ban on e-cigarettes in Thailand 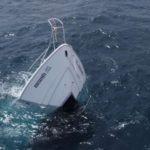