Liverpool Face Chelsea In What Promises To Be An Anfield Fire Cracker! Team News. Manager Comments, Stats, and Prediction.

When these two teams met at Stamford Bridge, at the end of September, Liverpool escaped with a point after Daniel Sturridge’s 89th minute equaliser. But Chelsea, on the road just lately, have not been that great. They struggled to win, 2-1,  at both Cardiff and Fulham. Before that, they lost 2-0 at Everton, 6-0 at Manchester City, 4-0 at Bournemouth, and 2-0 at Arsenal.

This game will be a big test for Chelsea and Liverpool can put down a huge marker in their quest for the title. 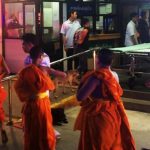