A PREGNANT mum has died just days after her boyfriend suddenly passed away while on holiday in Tenerife.

Chloe, a 26-year-old mother of two, who was six months pregnant at the time of her death, is survived by her parents Martin and Michelle, daughters Tia and Charley, sisters Leona and Megan, grandparents Richie and Ann, Johnny and Geraldine, uncles and aunts.

Tributes have poured in for the young couple following the tragedy.

Another added: “Heartfelt condolences to both families on such heartbreaking news may their gentle souls rest in peace prayers and thoughts with you all at this difficult time”.

Paying tribute to Dale, a Limerick Facebook page said: “Dale was a very happy out kinda guy with a massive circle of friends from all over Limerick, you will be truly missed by everyone.”

Another said: “May god give Dale the best bed in heaven, one of a kind, I will never forget you, thinking of his family at this sad time.”

Hyde Rangers FC and the Limerick District League both offered their condolences and said: “Deepest condolences to the Hannon Family on the sad passing of Dale. May he rest in peace.”

Chloe’s mass will be streamed live.

“Requiem Mass (for family and close friends) will take place at 11.30am on Wednesday (September 22) in Our Lady of Lourdes Church, Childers Road, with the funeral afterwards to Mount St Oliver Cemetery.” 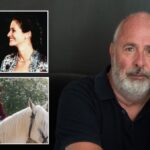 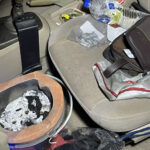 Dead in car with charcoal stove and ashes