Phra Maha Sompong Talaputto, a well-known monk preacher, was found by the Sangha Supreme Council to have acted inappropriately by expressing political opinions and criticising the government for its handling of the Covid-19 situation in social media and other forums, Prime Minister’s Office Minister Anucha Nakasai said on Tuesday.

Apart from giving his political opinions, the monk had also advertised a brand of liquid fertiliser online, he added.

The council, in response, passed a resolution at a meeting on April 30 that Phra Maha Sompong’s conduct was inappropriate.

The council then told the NOB to take action as necessary.

Mr Anucha said he had ordered the NOB to coordinate with the abbot of Wat Soi Thong, in Bang Sue, Bangkok, where Phra Maha Sompong had stayed, to see to it that the Sangha Supreme Council’s resolution receives a proper response.

Phra Maha Sompong is a popular speaker who has been regularly invited to talk at various forums, including a morning news programme on Channel 3. He has also authored several books. 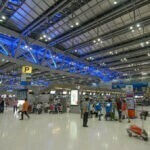 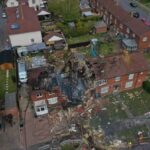