The opposition accuses Prime Minister Prayuth Chan-ocha’s government policies of being too vague, and without any viable strategy to make them a reality.

The criticism came during the first of the two-day parliamentary session where the new government announced its policy and parliamentarians debate its substance. It was also the first time Gen. Prayuth was confronted by his political nemeses in the halls of power since he first came to office five years ago.

Leading the charge was Prachachart Party leader Wan Muhamad Noor Matha who called the policies a bundle of wishlists that lack practicality and implementation.

“There’s nothing in the policies. It’s vague,” Wan said. “They can either carry out or not carry out… It cannot be measured, be it quantitatively or qualitatively. It’s lacking in clear vision.”

In one of the highlights from today’s confrontation, Wan also dropped a bombshell claim that Prayuth revealed to him on the day of the coup in 2014 that he had been plotting the putsch for “three years.”

“Don’t you think about fighting me. You can’t win even if you fight. I’ve been planning this for three years,” Wan quoted Prayuth as saying in a meeting with him and other government officials moments after the general announced the takeover on May 22, 2014.

Since Prayuth hatched his plot while an elected government was in power, Wan alleged, he couldn’t possibly have faith in Prayuth’s pledge at the parliament today to uphold democracy.

“I am not confident. How can a coup maker uphold democracy? You tore the constitution to pieces [in the 2014 coup]. That’s definitely treason,” Wan said.

Sompong Amornviat, the newly installed leader of Pheu Thai Party, said he has no confidence as the past five years under Prayuth was “disastrous” with Thailand falling behind other ASEAN countries in economic performance.

“I don’t see that government having adequate potential… This is fake democracy or half dictatorship,” Sompong said.

Future Forward Party sec-gen Piyabutr Saengkanonkkul also chimed in that he has no confidence that the government can execute its policies because it has too many coalition partners and a razor-thin majority in the lower house.

Piyabutr said it’s more likely that the government will merely use taxpayers’ money to inject cash handouts to the people before calling for the next elections.

But Democrat Party MP Korn Chatikavanij defended the government’s policies, saying Prayuth took the right step by vowing to take Thailand out of the middle-income trap, though the MP also wondered aloud although how such an ambition could be achieved.

Give Me Respect, Too
By 4pm, after coming under unceasing fire from the opposition since the morning, Prayuth’s temper appeared bubble to the surface.

Posted by วิทยุและโทรทัศน์รัฐสภา on Thursday, July 25, 2019

In response to human rights concerns over counter-insurgency operations in the southern border region, Prayuth said it was the MPs who talked too much about human rights.

“Using the word ‘human rights’ too much causes a lot of problems,” Prayuth shot back. “If they are arrested, we give them justice. If the officers committed wrongdoing, they are fired. The problem didn’t come from the state. The state doesn’t shoot first, as long as the people don’t shoot.”

Prayuth also complained that he could never please some Thais on the Deep South issues. He also dismissed allegations that some suspects were tortured to death in military custody.

“Are they watching too many movies?” Prayuth asked.

He then complained about a lack of discipline in Thailand, noting that one foreign country canes people for chewing gum while in Thailand people ride motorcycles on footpaths without being punished.

The general also took offense that only 4 million out of nearly 70 million Thais pay income tax.

“We don’t get tax from the poor except through VAT,” Prayuth said.

The debate soon heated up to the point where an MP protested against Prayuth for shouting and speaking in such a disrespectful tone. Another MP reminded Prayuth the parliament is not a military base where the general can point his fingers and tell the lawmakers what do.

“We are not your subordinates,” Future Forward MP Karom Polpornklang said.

To those challenges from the MPs, Prayuth – who wielded an absolute power for five years as the junta leader – offered an apology.

“Give me respect, too. I never see you as rank-and-file soldiers. If you were, I wouldn’t be behaving like this,” Prayuth said. “I apologize.”

The government policies include:

–  Economic growth with focus on quality

–  Protect and venerate the monarchy

–  Act as a center of ASEAN in promoting peace and progress

–  Support organic farming and reduce or end the use of pesticides

–  Protect tourists particularly near the sea and river

–  Regulate hawkers and stalls in Bangkok 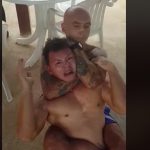 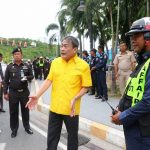