Pattaya mayor Poramet Ngampichet, said the government’s decision to allow nightspots to open until 2am will revive tourism in Pattaya.

“This will give tourists longer to enjoy themselves. Most importantly, an end to Thailand Pass will help tourists travel more conveniently,” Mr Poramet said, adding that Pattaya expects an influx of about 3–4 million tourists from India.

“They are applying for visas and will be big spenders in Pattaya, in addition to visitors from the UK and the Middle East,” he said.

Mr Poramet said that in 2019, Pattaya attracted about 5 million domestic visitors and about 2 million Chinese tourists, as well as travellers from Russia, India and South Korea, generating some 300 billion baht in income.

Between January and April this year, the popular beach town welcomed 3.8 million visitors, mostly Thais, partly due to the government’s “We Travel Together” hotel subsidy scheme, with an income of about 22 billion baht, he said.

During this period, there were only 65,000 foreign visitors, but that number increased by 40,000 in May when some entry requirements such as the Test & Go scheme were lifted, he said.

From this month, a series of activities will be rolled out to welcome tourists, such as the Pattaya Marathon on July 16-17, the Pattaya Music Festival which will be held next month or September and the Pattaya Fireworks Festival in November, among several other events, he said.

“This positive trend shows that Pattaya is on the road to recovery. However, we don’t expect it to return to pre-pandemic levels this year. Recovery may be gradual and other factors such as the global economy must be taken into account,” he said.

“Another problem is that despite Thailand reopening, the number of international flights to Thailand is still limited and the Tourism and Sports Ministry should step in to help,” he said.

“Right now, the purchasing power of domestic tourists is declining so we expect to receive a boost from spenders from abroad,” he said. 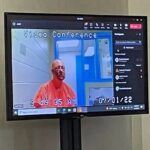 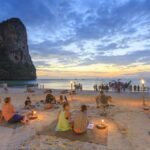