The son of a well-known politician in Surat Thani turned himself in on Monday following allegations that he was involved in a recently uncovered child prostitution ring in Surat Thani.

It was reported that Saengroj “Uan” Kanchana, 48, son of local politician Chumpol Kanchana, denied all charges after five arrest warrants were earlier issued implicating him in the procurement of children for the group.

Police said that Mr Saengroj will be remanded in custody at Surat Thani Provincial Court without bail until the trial due to concerns over potential interference in the investigation.

Pol Col Kittipong Thongthip, deputy commander of Surat Thani Provincial Police, said that all eight child victims had confirmed that Suwat or Aem, a staff member at the shelter at the centre of the allegations, had threatened them not to reveal the names of ringleaders.

Mr Suwat was later detained, before being granted bail, on charges under the Child Protection Act including committing acts that resulted in the physical or psychological torture of a child.

Following questioning, criminal charges were filed against Phisit Poonpipat, deputy director-general of the Department of Children and Youth of the Ministry of Social Development and Human Security, for malfeasance in office and coercion, said Pol Col Kittipong.

Pol Col Paisarn Sangthep, deputy chief of Surat Thani police, said of the 42 wanted individuals, 40 have so far been brought in for questioning. The remaining two suspects are a woman said to have helped to procure the children for the ring and a trafficker.ad

Details of raids carried out in November were released last week, and implicated a number of high-ranking local officials, as well as soldiers, teachers and doctors in the area in child trafficking and sexual abuse.

The full lawsuit will be formally presented to the NACC’s Surat Thani office by Friday. 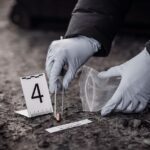