Woman Announces She Will Marry Plane She…

Women break down in tears as airline…

Coronavirus deaths rise to 41 in China…

Republican presidential challenger Bill Weld implied that Donald Trump should face the death penalty for treason over the impeachment investigation he is facing.

During an interview on MSNBC’S Morning Joe, he claimed: ‘Talk about pressuring a foreign country to interfere with and control a U.S. election, it couldn’t be clearer.

‘And that’s not just undermining Democratic institutions, that is treason. It’s treason pure and simple and the penalty for treason under the U.S. code is death.

‘That’s the only penalty, the penalty on the Constitution is the removal of office and that might look like a pretty good alternative to the President if he could work out a plea deal.’

There appeared to be audible gasps in the studio as Weld made the remarks during a joint interview with two other Republicans challenging Trump for the GOP nomination, former congressmen Joe Walsh and Mark Sanford.

‘I think you know where the three of us are on this larger debate,’ he said.

Trump also called out freshman Rep. Alexandria Ocasio-Cortez and her ‘Squad’ in tweets on Saturday morning from the White House,  prior to departing for Trump National Golf Club in nearby Sterling, Virginia.

‘Can you imagine if these Do Nothing Democrat Savages, people like Nadler, Schiff, AOC Plus 3, and many more, had a Republican Party who would have done to Obama what the Do Nothings are doing to me. Oh well, maybe next time!’ the president wrote.

Trump is remaining in Washington DC for the weekend with no public events scheduled.

On Saturday morning, he was spotted leaving the White House in a white polo shirt and red hat, in the company of Republican Senator Lindsey Graham.

Graham is a staunch supporter who was recently overheard blasting impeachment efforts in a phone call on a JetBlue flight.

At the White House, a senior administration official confirmed Friday a key detail from the unidentified CIA whistleblower who has accused Trump of abusing the power of his office by asking the Ukrainian president to investigate allegations that Joe Biden quashed an investigation into a company his son sat on the board of.

The White House acknowledged that a record of the Trump phone call that is now at the center of the impeachment inquiry had been sealed away in a highly classified system at the direction of Trump’s National Security Council lawyers.

Trump says there ‘should be a way of stopping’ impeachment inquiry.

Trump, for his part, insisted that his actions and words have been ‘perfect’ and the whistleblower’s complaint might well be the work of ‘a partisan operative.’

Separately, Trump adviser Kellyanne Conway told reporters that the whistleblower ‘has protection under the law,’ something Trump himself had appeared to question earlier in the day. He suggested then that his accuser ‘isn’t a whistleblower at all.’

Trump’s comment questioning the whistleblower’s status seemed to foreshadow a possible effort to argue that legal protection laws don’t apply to the person, opening a new front in the president’s defense, but Conway’s statement seemed to make that less likely.

The whistleblower complaint alleges that Trump used his office to ‘solicit interference from a foreign country’ to help himself in next year’s U.S. election.

In the phone call, days after ordering a freeze to some military assistance for Ukraine, Trump prodded new Ukrainian President Volodymyr Zelenskiy to dig for potentially damaging material on Democratic rival Joe Biden and volunteered the assistance of both his personal attorney, Rudy Giuliani, and U.S. Attorney General William Barr.

Speaker Nancy Pelosi refused to set a deadline for the probe but promised to act ‘expeditiously.’ The House intelligence committee could draw members back to Washington next week.

Pelosi said she was praying for the president, adding, ‘I would say to Democrats and Republicans: We have to put country before party.’ 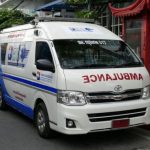 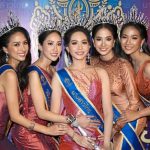 Mark KellyJanuary 25, 2020
Wuhan Doctors Fighting Coronavirus ‘Wearing Adult Diapers’ Because They Don’t Have Time To Use The...
END_OF_DOCUMENT_TOKEN_TO_BE_REPLACED

Horrific X-Ray Image Shows Woman’s Hip After Crashing With Her Feet On...