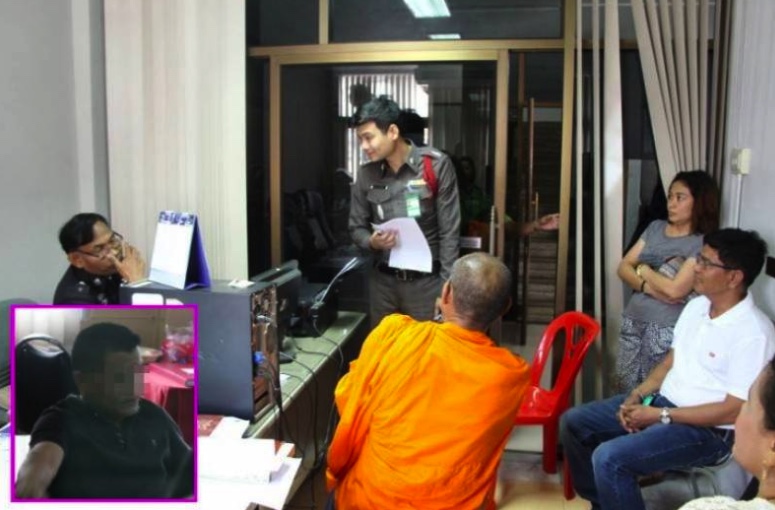 A policeman in Trang in the south of Thailand was fined 500 baht after he grappled with a monk collecting alms on his morning rounds.

It is believed that the policeman mistakenly thought that the monk was a fake.

But Phra Mahasaksorn Khongphon, 52, was a perfectly respectable monk from the temple of Wat Khlong Nam Jet.

Constable Manop Chaidech, attached to the water police in Trang, held the monk in a head lock then slapped him around the head to subdue him.

The policeman is thought to have been drunk.

Manop accepted the error of his ways later and paid a fine of 500 baht.

Since the attack Manop has not been into work. Her was taken home by his wife after the incident earlier in the week.

Prasert Songsaeng of Trang police played down the incident saying it was not a dangerous assault, while Manop had not been tested for alcohol in his system as a vehicle was not involved.

His boss at the water police Chatchai Sinla said he couldn’t comment as to whether the policeman was drunk as he wasn’t there. He said yesterday that Manop had failed to turn up for work.

He announced that a committee had been convened to look into the matter but stated that Manop was a man who often made merit.

A fine had been paid but they would try to find out what possible misunderstanding caused the officer to think that the monk was a fake. 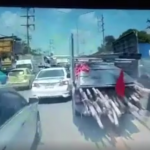 Who needs a Hollywood car chase when you’ve got Thailand! 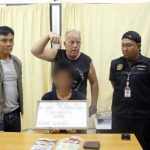 Gay pickpocket rounded up preying on tourists at Jomtien Beach