The Royal Thai Police (RTP) has been ordered to pay Bt6.5 million in compensation to the families of two police cadets who died during a practice parachute jump in 2014 after their parachutes failed to open.

The Phetchaburi Administrative Court on Monday ruled that the sling and equipment on the plane were substandard, causing the deaths.

The court found that facts and technical information presented during the trial showed four hooks of a sling installed onto the plane, which was used in the practice parachute jump from 1,250 feet, had traces of being modified hence they were not up to the manufacturer-certified standard.

RTP officials testified that the pilot and mechanics had inspected the equipment before flight and still agreed to use the plane with a substandard sling set. The court, however, deemed the RTP officials guilty of neglecting to follow up with repairs and inspection of the plane and its equipment before its use for civil service.

The court ruled that the RTP’s use of such a plane for the cadets’ practice parachute jump, which led to the two cadets’ deaths, was a violation under civil law. The court ordered the RTP to pay Bt2.365 million to the father of deceased cadet Chayakorn Puthachaiyong and Bt2.367 million to the father of deceased cadet Nathawuth Tirasuwansuk at an interest of 7.5 per cent per annum from March 26, 2015 when the lawsuit was filed. The court ordered the compensation to be fully paid within 60 days of the verdict.

The court also ordered the RTP to pay Bt1.728 million at 7.5 per cent interest per annum to Nathawuth’s mother within 60 days.

The tragedy took place in March 2014 at the Air Support Command headquarters of the Border Patrol Police in Naresuan camp in Prachuap Khiri Khan province. Eight second-year cadets of Class 69 of the Police Academy and an instructor, Pol Colonel Preecha Boonsuk, jumped from the plane in a practice session but the parachutes of the six cadets did not open. While four cadets managed to open their reserve parachutes and land safely, cadets Chayakorn and Nathawuth crashed to the ground and died. 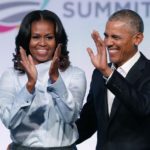