Home » Police ordered him to do squats next day dies

A 28-year-old Philippines man has died after being forced to do 300 squat-like exercises by police as punishment for violating Covid-19 quarantine rules, his family said.

Darren Manaog Penaredondo was allegedly caught when he was out buying drinking water during curfew hours in the city of General Trias, Cavite province.

Cavite province has currently imposed strict curfew hours to slow down the spread of the coronavirus.

Adrian Lucena, the victim’s relative, said in a Facebook post that Mr Penaredondo and others found violating the curfew were told to do 100 squat-like exercises.

Authorities allegedly told them they would have to repeat the exercises if they were not in sync and the group ended up doing the exercise 300 times.

Mr Penaredondo’s partner Reichelyn Balce told local news outlet Rappler that Mr Penaredondo struggled to move by himself the next day because of fatigue.

She said he struggled to walk the entire day and was just crawling.

Hours later, Mr Penaredondo started having seizures and lost consciousness. He was revived briefly but died not long after, according to Rappler.

Marlo Solero, police chief of General Trias city, said there is no physical punishment for quarantine violators. He said they are given lectures and sometimes made to do community service, like picking up litter.

The police chief said they have photos to prove the victim wasn’t physically hurt, according to CNN Philippines.

He said their investigation showed that none of the staff on duty that night ordered the violators to exercise. “We released him in good physical condition.”

General Trias city mayor Ony Ferrer said in a statement that he has ordered the chief of police to conduct a fair investigation.

Human Rights Watch last year said that people detained for violating Covid-19 regulations in the Philippines were being abused.

Police and local officials confined those arrested to dog cages and forced them to sit in the midday sun as punishment, it said. 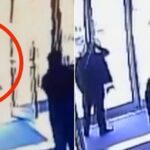 Doormen fired for not intervening in attack 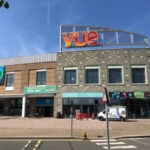