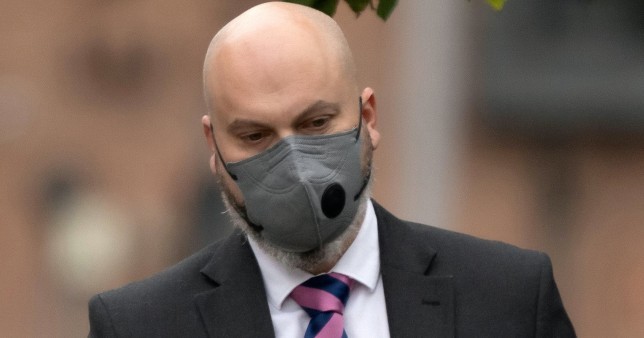 A detective was snared trying to meet teenage boys for sex in an undercover sting, a court heard.

Richards allegedly told ‘Lee’: ‘I’m just looking for other guys like me to meet up for sex with boys TBH (to be honest)’.

And he is also said to have asked to meet Lee’s son, adding: ‘If I get to make love to your step-son, I will appreciate it too.’

Richards, who worked for Leicestershire Police, also described taking part in sex acts with a 14-year-old and a 16-year-old.

He said he ‘never had a chance with younger’, Nottingham Crown Court heard.

Prosecutor Stephen Kemp told jurors how Richards also messaged a 13-year-old boy on Snapchat while he was in a school Spanish class.

Richards told the teen he was ‘hot’ and asked him to send pictures of himself.

The boy told Richards he was underage, Mr Kemp said.

He replied saying he did not send pictures of his bottom, prompting the defendant to reply: ‘Oh, okay, I don’t mind. I just like boys LOL.’

Richards also downloaded dozens of indecent images of children, including babies, on his home computer, before using a data-erasing app in an attempt to delete the files from his computer.

The images on the computer – including three in the most depraved Category A – were created between July and August, 2016.

He was arrested on March 11, 2020 at his home in West Bridgford, Nottinghamshire, it was said.

Richards admitted making indecent images of children at the court earlier this week.

According to The Nottingham Post Richards said he ‘made up’ the alleged sex act with the 14-year-old.

‘The whole thing being online was a complete reinvention of myself,’ he said.

‘We were all actors playing a part.

‘It was fantasy. It was nonsense.

‘You could never meet a real person from there. I never believed anyone would reveal who they were.’ 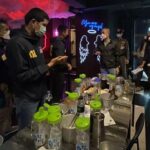 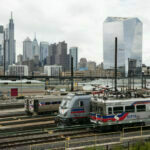 Riders watched as a woman was raped on a train