Police have arrested six suspects including alleged drug-trafficking gang leader Phusinthorn Jomtharak, along with over 68,000 methamphetamine pills in Chaiyaphum province.

Phusinthorn reportedly left five of his relatives and friends with a narcotics-manufacturing group located in the United Wa State Army territory within Myanmar in order to obtain a batch of 100,000 methamphetamine pills worth Bt1 million for distribution in Thailand. 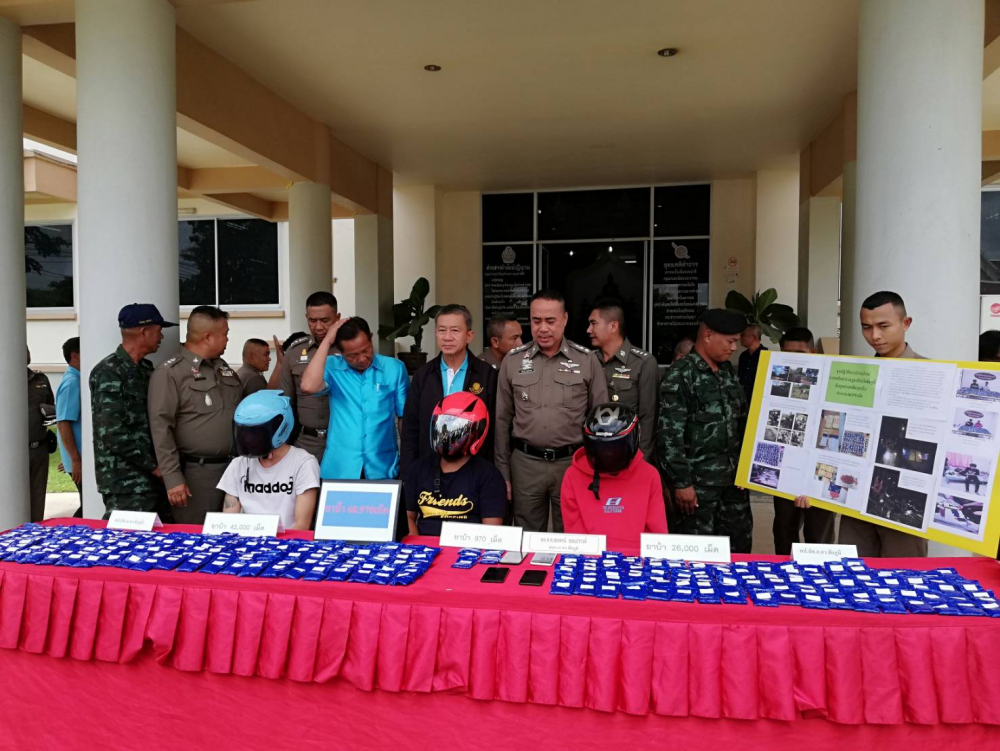 Once he got the Bt1 million cash, he repaid the narcotics manufacturers and got his “human pawns” released, police said. Police said Phusinthorn’s gang has previously done this at least twice.

Following Phusinthorn’s arrest, police also apprehended his accomplices Yuranant Khampad, 24, Montri Salilard, 21, Khomkrit Doungnin, 31 and two male teens (whose names were withheld due to being under 18) who collected drugs from him to distribute in Chaiyaphum and nearby northeastern provinces.

Upon the arrest of Khomkrit and Yuranant at a Muang Chaiyaphum apartment room they shared, police also confiscated 975 methamphetamine pills.