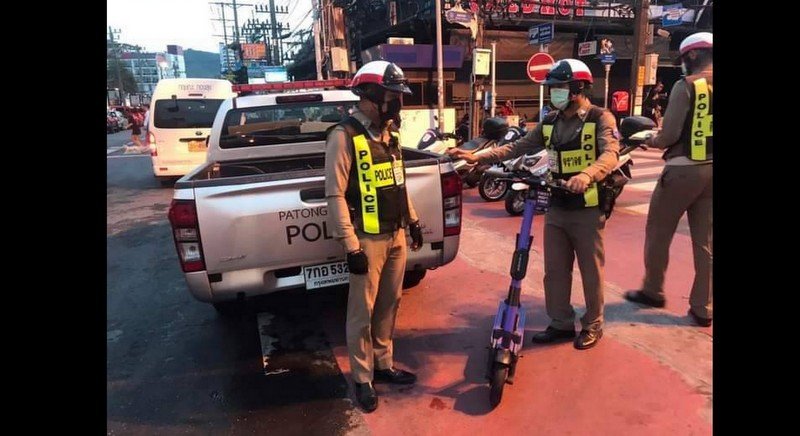 Four tourists in Patong were charged with using unregistered and untaxed vehicles after they drove electric scooters near a beach resort.

Several people had complained that the tourists were driving the scooters recklessly, threatening the safety of pedestrians and drivers alike.

One of the tourists was stopped near a police booth on Pee Road last Wednesday evening, and the other three were arrested later, and all were eventually charged.

Police will investigate to find the scooters’ owners and charge them.

On top of using unregistered and untaxed vehicles, police found the tourists to be posing a hazardous threat.

The police now warn that anyone using an unregistered vehicle can be fined and charged, though they don’t specify how much.

They urge electric scooter drivers to be careful of the safety of everyone around them.

The complaints about the scooter drivers were made to police on social media.

Two of the tourists were caught on Bangla Road. Police are not revealing the tourists’ names or nationalities

Electric vehicles have become popular in Thailand over the past decade.

In 2014, they became available in Phuket when an expat opened an electric bike shop there. 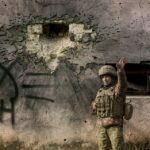 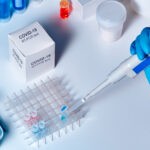