Investigators have discovered an important lead from the gun used in the Lopburi gold heist case, which could lead to the identification of the suspect who killed three people on January 9, police said.

Deputy National Police chief Pol General Suchart Theerasawat, speaking in his capacity as commander of the unit investigating the Lopburi gold heist case, said on Monday (January 13), that investigators had got some clues from the gun that was used for the crime.

According to a police report to the press, they have narrowed down the owners of the same gun type to 13 people — two were in the military while 11 others were civilians.

Police were also investigating four shooting ranges in Lopburi for possible clues on the suspect, as well as working with mobile phone operators to track down signals that possibly came from the suspect’s phone during the robbery.

Lopburi Governor Suppakit Phothipaphaphan said that he has compiled the list of owners of the red-and-white Yamaha Fino motorcycle, the same make and model that the suspect had used, and submitted it to the police to help speed up the investigation.

Meanwhile, a news source who has military expertise, said that in his opinion the gunman in this case probably had extensive training in shooting and gun control, since a gun equipped with a silencer would be harder to control than normal guns and is more prone to jamming if the shooter is not experienced enough.

“However, it is not necessary that a man of this level of skill must be in the military or police force, as civilians can also develop these skills at gun ranges,” he said. “It is noteworthy that the gun used in this case is quite expensive, therefore the shooter may have good financial sources.” 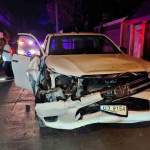 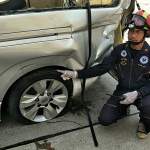