A police corporal, who was arrested after showing up at Yala rail station on Sunday allegedly to collect a shipment of 200,000 methamphetamine pills worth Bt24 million, has been temporarily dismissed from the Civil Service pending results of a serious disciplinary probe and a criminal-case investigation.

The supervisors of Pol Corporal Weerayuth Changkaew, who faces criminal charges of having meth pills in his possession with the intent to sell and engage in drug abuse, will also face a fact-finding probe into whether they had neglected to act and allowed Weerayuth’s alleged wrongdoing to go on, Royal Thai Police deputy spokesman Pol Colonel Krissana Patanacharoen said on Monday.

National police chief Pol General Chakthip Chaijinda has instructed those involved in prosecuting the case to follow the evidence and, if found guilty of the charges against, punish the wrongdoing officer and any accomplices accordingly. 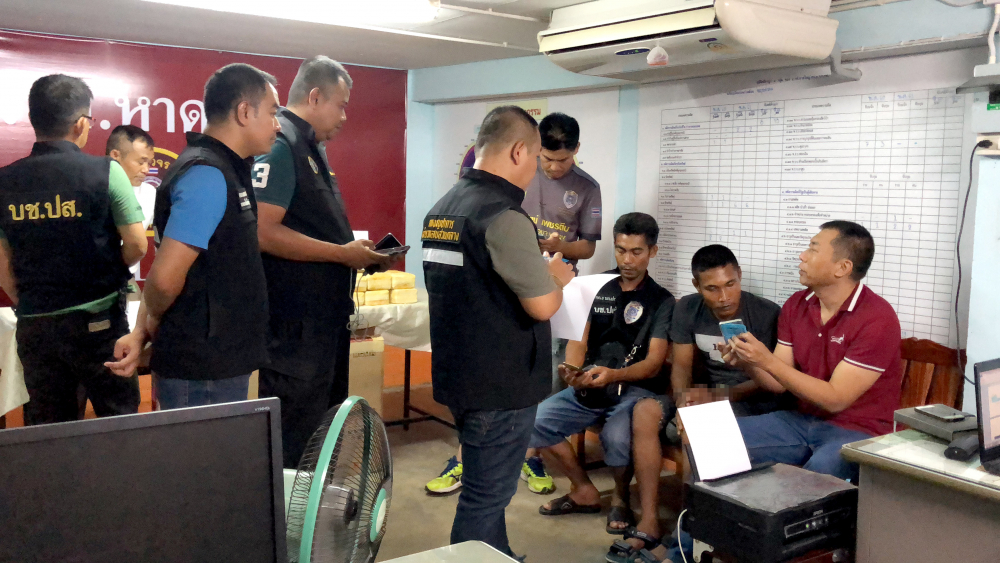 “The police chief said it was unacceptable for a law-enforcer to break the law, so the officer would face both criminal-case prosecution and disciplinary action,” the deputy spokesman said.

Following his arrest, Weerayuth initially claimed not to know what was inside the package he had been collecting at the request of a friend, a Narathiwat-based ranger who had promised him Bt100,000 for running the errand, said Hat Yai Railway Police inspector Pol Lt-Colonel Chansarawuth Saeng-arun.

However, the Railway Police did not believe him, Chansarawuth said.

They discovered that a man had brought the shipment of meth – in a box meant to hold a 40-inch TV set – on to the Bangkok-Yala train at Bangkok’s Bang Sue station.

He had then got off at Thung Song station in Nakhon Si Thammarat, but left the box on board.

Chansarawuth added that officers on the train had noticed the suspicious package, found the drugs inside, and with his men were closely watching it when the train reached its destination.

The investigation would be extended because the case appeared to involve a large drug-trafficking ring with rogue policemen and soldiers in the South among its members, he explained.