Police arrested suspect in five-year murder
A suspected have arrested of killing a relative, a 5-year-old girl, and dumping her body in a septic tank in tambon Tha Kradan in Si Sawat district.

The 24-year-old, identified as Anusorn Saipin, was apprehended in an area behind Srisawat Pittayakom School on Tuesday morning. Police were questioning him. The girl, named only as Aye, went missing around midday on Sunday. On Sunday evening police recovered a large fertilizer bag that contained Aye’s body from a septic tank about 40 meters from the girl’s house. The girl’s throat had been cut. Police investigators collected as evidence about 10 fertilizer bags similar to the one in which the body was found. The bags were discarded outside some living quarters near the septic tank. Police checked footage of surveillance cameras in the area. A camera installed outside a shop showed Mr. Anusorn walking past and holding what appeared to be construction equipment several hours before the girl’s body was found. Pol Maj Gen Kamron Boonlert, chief of the provincial police department, said investigators checked mobile phone records and found Mr. Anusorn was still in the tambon. Phone records also revealed that after Aye’s body was found Mr. Anusorn had gone to a forest area close the village in tambon Tha Kradan. Police questioned Mr. Anusorn’s mother, Tuenjai Boonsri, who said her son has not returned home since Sunday. She said she and Aye’s family were related, and the girl would often come over and play at her house. Ms. Tuenjai said Mr. Anusorn is a heavy marijuana smoker and emotionally withdrawn. His brother said Mr. Anusorn had called him earlier to say he was staying with friends. Police said an autopsy found no trace of sexual assault. The cut across the girl’s throat was about 8cm long. Bangkok Post 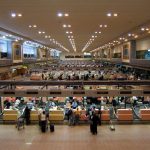 Renovation is undergoing for Don Mueang Airport to accommodate the influx of tourists. 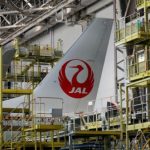