Despite public outrage, Chelsea’s stubborn boss Maurizio Sarri stuck with his ‘Sarri Ball’ philosophy and now looks certain to end up with the sack. Possibly even before the second leg of the Europa Cup tie against Malmo.

“Would the owner fancy getting into the top four with recent performances, with a manager who says he can’t motivate his players and says he will let his star man Eden Hazard go?

The Chelsea owner will be thinking, ‘Will we get top four? Can I go to the Manchester City game with confidence?’ Absolutely not. Is he going to chuck all his eggs in the Europa League basket with a manager who can’t motivate his players? No.

“History tells us the Chelsea owner doesn’t mess about.”

Passed with flying colours and that’s seven away games for him and only two goals conceded. A penalty at Cardiff and one from Pierre-Emerick Aubameyang against Arsenal in the previous FA Cup round.

He has the trust of his team and they trust him. The good feel factor. He also has Micky Phelan sat close by and Sir Alex looking hands-on from distance.

“He’s in the hot seat. He’s got to stay. The players like him. He ’s tactically very good and he keeps winning games of football which is the most important thing.”

Chelsea started well, created some chances, and put United under pressure. On 12 minutes Pedro found himself free in the box to follow up David Luiz free that Sergio Romero had saved. But United’s keeper, in for his customary FA Cup appearance, pulled off a fine save to deny Pedro. A few seconds later Eden Hazard had a great chance on the edge of the box but the ball just flashed past the post.

On 31 minutes United, who were looking dangerous, took the lead thanks to a header from Ander Herrera who’d tested Chelsea keeper Kepa Arrizabalaga earlier with a long-range effort. Paul Pogba crossed from the right and Herrera, coming in at the back post in front of Marcus Alonso, headed in from the edge of the six-yard box. Alonso should have done better.

Just before half time the Paul Pogba and Marcus Rashford magic combination worked again. This time, Rashford on the right, sent over a cross that Pogba met from ten yards with a firm header.

In terms of possession, Chelsea dominated the game with 67% and they doubled United’s passes with 638 compared to 319.

That’s ‘Sarri-Ball’ and Chelsea have more than half their team in the Premier Leagues top 20 completed passing league table with Jorginho as their top pass master. He’s sitting in second place with 2,279 passes. It’s uncertain just how many of those have been in a triangle with him, Antonio Rudiger in fourth place with 2,050, and David Luiz in fifth with 1,956.

‘Sarri Ball’ might work against teams Huddersfield but most teams have now worked it out!

In addition to that, he’s not got within a whiff of creating any danger and his one goal came from a penalty. He’s good at keeping possession but can’t seem to find the all-important killer pass.

Once again some of the Chelsea faithful turned on Sarri with uncomplimentary comments about his style of play and stubbornness to change.

“We played confused football in the second half but in the first half we played well. I’m worried about the result but not about the fans’ reaction because I understand the situation. I can understand our fans because the result wasn’t really good and we are out of the FA Cup.

“I was really worried when I was in League Two in Italy, not now.”

Those last words sound very much like a banker who, having escaped from Italy’s league two, now has the luxury of a very nice compensation to fall back on as he topples from Chelsea’s managerial plank!

“The performance was fantastic, our tactics worked.” It’s a massive result.” 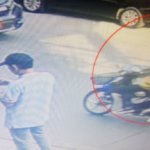 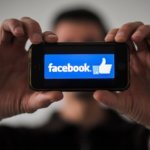