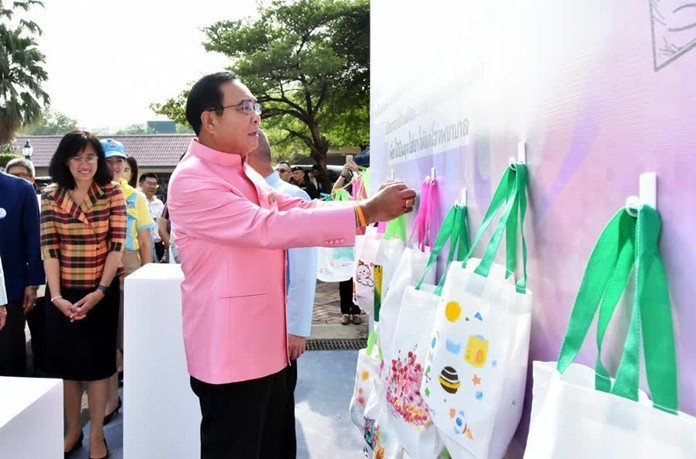 The Prime Minister has invited the general public to opt for reusable fabric bags instead of single-use plastic bags, to help reduce waste and pollution.

Prior to the Cabinet’s meeting today, the Minister of Culture, Itthiphol Kunplome led executives and officials to meet with Prime Minister Prayut Chan-o-cha to promote the OCAC’s Altruistic Hearts campaign that encourages the use of reusable fabric bags instead of single-use plastic bags to help reduce waste and the effects of global warming.

On this occasion, the Prime Minister joined children to color a dolphin on a fabric bag which will be used instead of plastic bags, and expressed his admiration for the activity and participating children helping to promote the cause.

Afterwards, the Deputy Prime Minister and Minister of Public Health was accompanied by ministerial executives to promote the Clean Hands For All campaign celebrating the Global Handwashing Day, where the Prime Minister saw a demonstration of seven essential hand-washing steps, and encouraged all people to wash their hands properly before daily activities such as eating.

The Prime Minister then inspected research papers and innovations on single command air quality information systems by the Ministry of Higher Education, Science, Research and Innovation, during which he mentioned that the general public was concerned about changing weather conditions affecting health, and said that the government will continue to address the issue, but will require cooperation from all sides, as well as communications to raise awareness among people in sensitive groups such as children, pregnant women, elders, and patients.

The Prime Minister then joined the promotion of a Khon performance by the Khon Committee from the SUPPORT Foundation for the Ramaya Epic on Sueb Makkra, which will be performed from 6th November to 5th December 2019 at the Thailand Cultural Center. The Prime Minister also asked all in attendance to help conserve and pass on national cultural heritage, which is an indicator of a quality tourism culture. 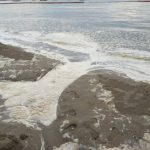