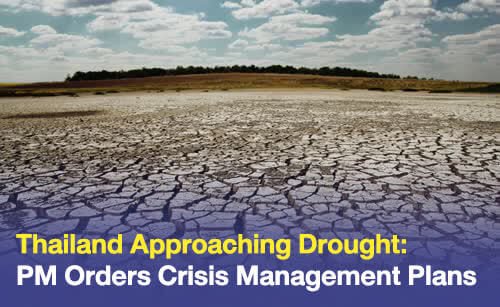 The Prime Minister has expressed concerns over the possibility of drought this year, instructing relevant agencies to draft plans in order to tackle the issue.

According to Deputy Spokesperson of the Office of the Prime Minister Lt. Gen. Werachon Sukondhapatipak, Prime Minister Gen. Prayut Chan-o-cha has received reports on the receding water level in dams and main rivers across the Kingdom, caused by the ongoing high temperatures.

Lt. Gen. Werachon reassured the public that there is enough water at least until May.

The prime minister has urged the Ministry of Agriculture and Cooperatives, the Office of National Water Resources, and other related agencies to work together to manage water resources and prepare for drought. The Premier also asked farmers to conserve water and consider switching to drought-tolerant plants.

Officials will be dispatched to non-irrigation zones to observe each area’s water requirement and provide appropriate plans that fit their specific needs.

The government has already set up 12 royal rainmaking centers in five regions to conduct cloud seeding operations in 25 main river basins from March 1st to October 31st this year. The operation will replenish reservoirs, and mitigate bushfires and hail storms.

Bad breath due to parasitic infections. Thai oral infection specialists have methods to prevent and treat such diseases 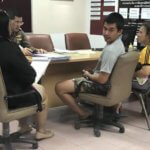