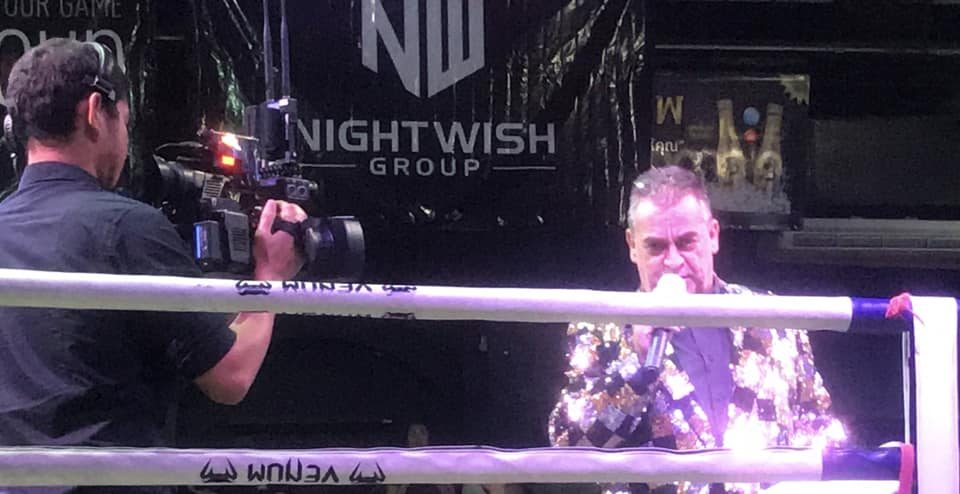 Long-Term Pattaya Resident, And Former British Wrestling Legend Scott Conway Returns To The Ring On Sunday For What Could Be His Last Public Appearance In Pattaya For Some Time!

When Scott Conway left school, Weston Park Boys’ in Southampton, his English teacher Mr. Godsmark used one word to sum him up. That word was ‘Clown’ and he expected Conway to join the circus. In a way he did…

The Massive Brown Tent On The Common!

With his Grade F O’ Level in drama, the young Conway had a shock when Southampton docks, who hired all his mates, turned him away. Unsure of his future a trip to his local common provided the answer. He picks up the story:

“They had this massive brown tent set up and I just walked in and came face to face with a boxing ring and two fighters were inside. They weren’t boxing. They were wrestling and it was as if a light switched on in my head. I wanted to be part of this action.”

Conway signed up on the spot and soon began his wresting apprenticeship. He spent time with wrestling stars Big Daddy and Giant Haystacks. He made sure their boots were clean and ready for action every time they performed before he took on his own wrestling identity.

Whenever Scott ‘Pink Chippendale Boots‘ Conway! wrestled he entered the ring with Right Said Fred’s ‘I’m Too Sexy For My Shirt’ playing in the background. Or in Conway’s case, I’m too sexy for my pink boots!

After 15 years, of fun and frolics on the wrestling circuit, medical staff put an end to his ring action after one fall too many on his kidneys. They also advised him that he would be on dialysis by the time he was 50. They were nearly right as he started dialysis at the age of 52.

Rather than quit the wrestling world Conway became an announcer and he used his unique brand of humour to introduce fights. But he didn’t just stick to wrestling as he signed up for all kinds of different announcement jobs. Auctions, Bingo Calling, Quiz Master, and even standing in for Tony Blackburn on radio one.

Scott will be the ring announcer at a White-Collar World Boxing Council event being held at the Bone Club Pattaya. This is located at the back of Big C Marina and not too far from the side entrance to Terminal 21. There will be three White Collar Contests and six professional fights.

One of the main events will be a Middle Weight Contest for the WBC Asia World Championship. More about the fighters later.

The event is part of the Evolution Fight Series.

With old Pink Chippendale Boots, soon to be flying back to England to seek the medical treatment he really needs, this could well be his last public appearance in Pattaya for some time so if you are nearby go and cheer him on. His jokes are still funny even if you’ve heard them 100 times!

Vietnam woman in Kim assassination to walk free next month